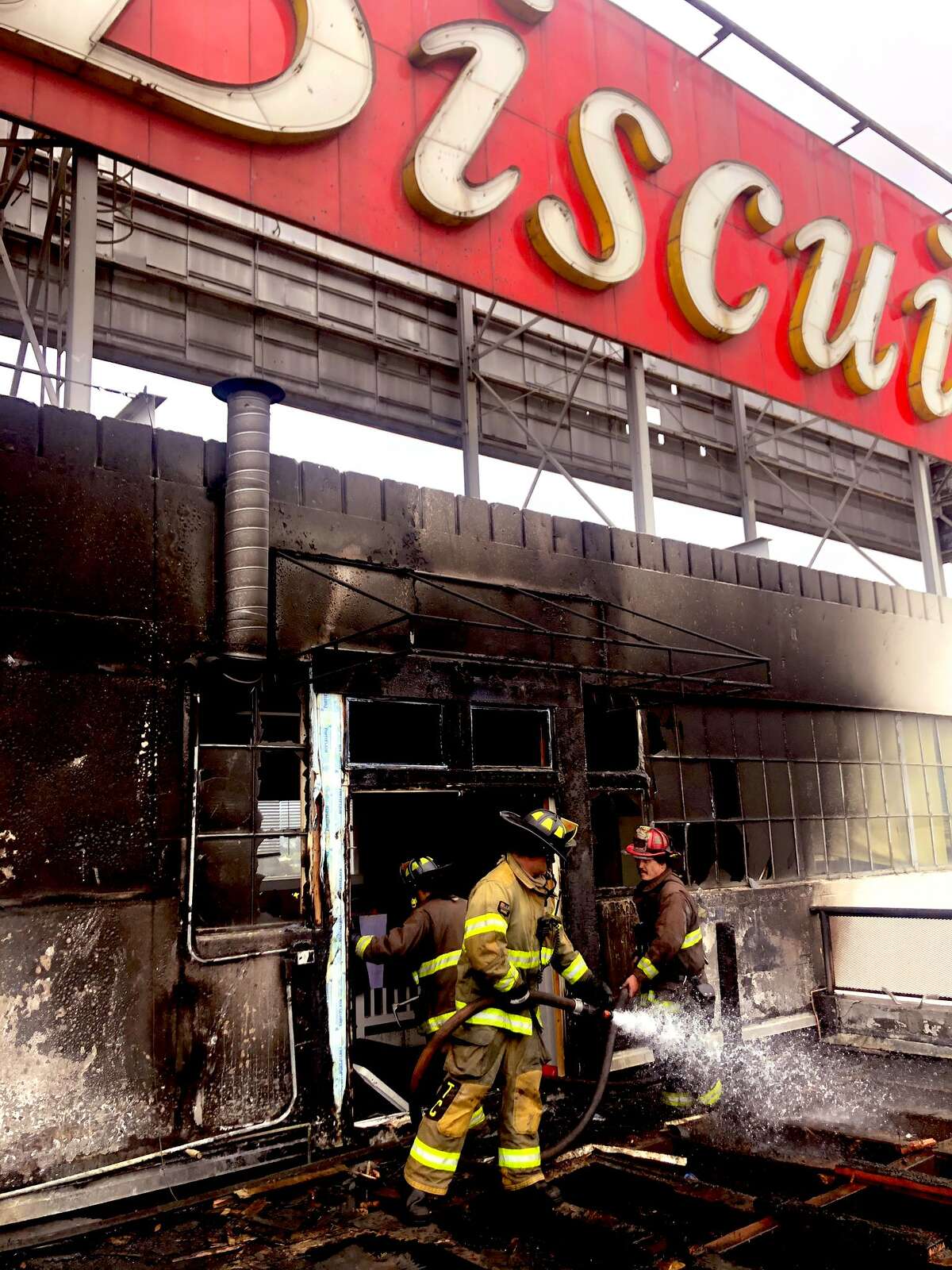 The cause of a two-alarm fire Saturday afternoon at the former Sunshine Biscuits building in East Oakland is under investigation, the Oakland Fire Department said.

There were no injuries reported, but whether any residents were displaced and the extent of damage to the 79-year-old building are still to be determined.

Once the factory for the cookie, cracker and cereal company, the Sunshine Biscuits building is now mixed-use, hosting both residential and office space. The factory shut down in 1995 and Sunshine officially merged with the Keebler Company in 1996, but their bright red sign, now singed with soot, greets many in Oakland still.

The fire appeared to originate on a fourth floor exterior deck and then spread inside the building, the department said. The first units responding to the scene knew the layout of the building already, which helped them to quickly tamp down the blaze.

Battalion Chief Frank Tijiboy provides an update on this afternoon’s 2 Alarm incident at the Sunshine Biscuits building in the 800 Block of 81st Ave in East Oakland. The Cause of the fire is undetermined but the location of origin appears to be a 4th floor exterior deck. pic.twitter.com/Br7jWIlGYw

“Millions of dollars of property saved due to our members’ efforts,” Oakland Fire Chief Reginald Freeman said on Twitter.