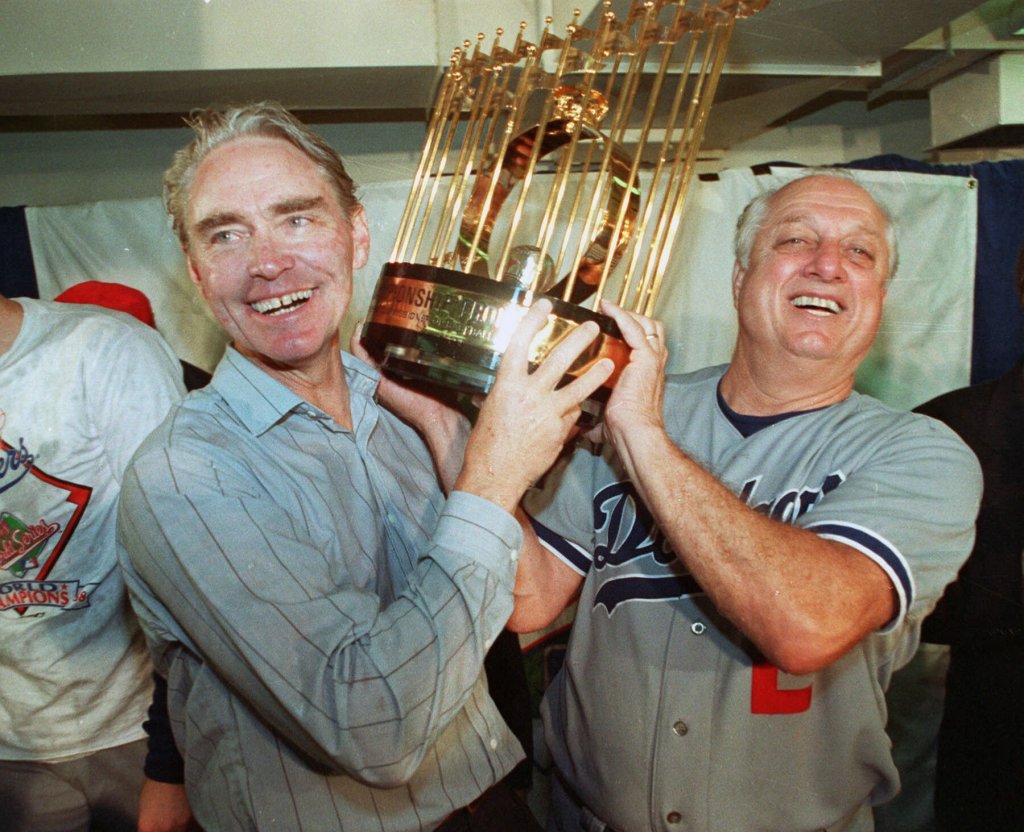 I’ve never been much of a sports enthusiast, but even I knew the name Fred Claire. What I did not know was that the former Los Angeles Dodgers General Manager has been battling cancer since 2015.

The man who helped bring the Dodgers to a 1988 World Series win approaches cancer treatment just like he approached baseball: He’s in it to win it. That’s how he has lived his life. If it’s worth doing, throw yourself into it, no matter what it takes.

In his book, “Extra Innings” author Tim Madigan gives us a look at what that has meant for Fred Claire. After a winning career that began as a sports writer and escalated to a 30-year stint with the Dodgers, Fred faced a life-threatening battle with a deadly cancer. When treatment at the City of Hope began to show success, he dedicated himself to raising money and awareness for the cancer research and treatment center. The Fred Claire Celebrity Golf Tournaments continue to raise large amounts of money for the City of Hope.

Fred and Sheryl Claire share a fierce commitment to doing what is right and serving others. They want cancer patients to learn about and benefit from the same quality of care that Fred received. Now 87, he continues his mission, his wife by his side.

Cancer is a very personal subject to me. I’ve been on both sides of it, as a patient and a wife who watched this disease take down the husband she adored. I know the strength of two people who love each other fighting together. Fred and Sheryl Claire fought his cancer together.

When I see someone slugging it out with cancer and coming out ahead, as Fred did, it makes me want to shout with joy and hug Fred and Sheryl and each member of the City of Hope medical team that cared for him. Add another hug for Tim Madigan whose words gave life to the hope of “Extra Innings.”

A quote from the book jacket says that “Extra Innings” offers hope for cancer patients everywhere. It is also a love story that celebrates hope. A story so powerful it made me want to ring the Claires’ doorbell and deliver the hugs in person.