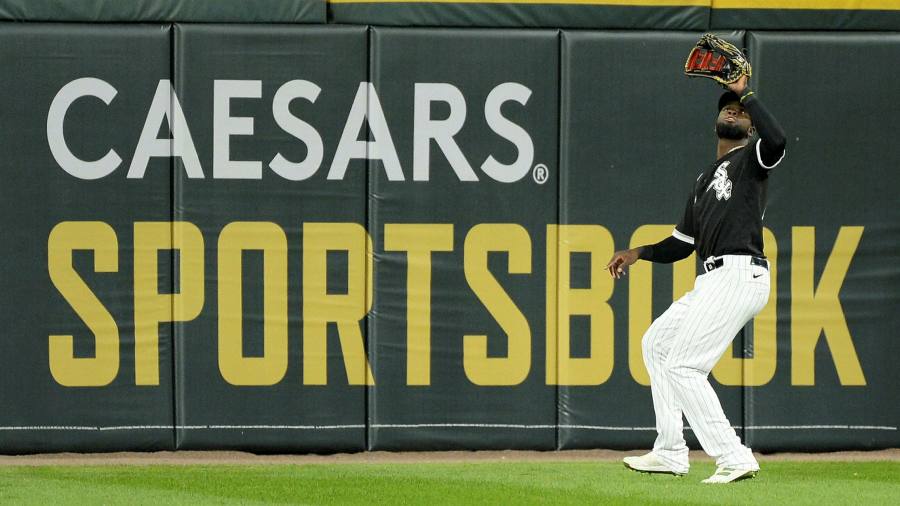 The ads have been inescapable all week. From the giant screen at Times Square’s Nasdaq MarketSite to billboards on the subway, New Yorkers have been bombarded with reminders that their state just became the largest in the union to legalise online sports betting.

“Sound the bells, release the doves — Caesars Sportsbook is here,” proclaims one imperially gilded pitchman for an offshoot of the eponymous Las Vegas palace. Social media posts from DraftKings and FanDuel offer hundreds of dollars in risk-free bets to buy the loyalty of punters they hope will be worth far more to them in time.

The marketing frenzy stems from a 2018 US Supreme Court decision to strike down a federal law that banned such wagers outside Nevada. Andrew Cuomo, the then New York governor, decided three years and one pandemic later that sanctioning mobile sports betting could help plug a Covid-shaped hole in his state’s finances.

Thanks to a 51 per cent tax rate, New York expects to be collecting $500m a year from online betting by 2025. (Officials tend not to mention how much that implies New Yorkers will be losing.)

As one headline put it, online wagering has gone from taboo to revenue, encouraged by states desperate to repair their balance sheets. Betting has been brought straight to people’s mobile devices, removing the barrier to entry of having to step inside a racetrack or a casino.

The court and the pandemic have ushered in a golden age of gambling. Online betting revenues hit $3.3bn in the first 11 months of 2021, according to the American Gaming Association, 624 per cent above the comparable period in 2019. Such figures do not capture the full extent of America’s gambling explosion, however, nor the economic mood which it illuminates.

Once wary media companies are piling in, with even ESPN owner Disney persuading itself that getting into sports wagers won’t harm its family-friendly brand. Ari Emanuel, the Hollywood mogul whose Endeavor group splashed out $1.2bn on a sports betting platform, enthused to a recent FT conference that “the economics are going to get pretty steep, pretty quickly” as the sports, media and gambling industries converge.

People have been shocked at how much gambling is going on since before Captain Renault walked into Rick’s Café. But there is something different about this new golden age of gaming, because it is part of a far broader surge in speculative activity.

As the image of a latter-day Caesar flickered off the Nasdaq screen this week, its place was taken by another ad pitching a non-fungible token, or NFT. Nearby, another billboard advertised a Bitcoin investment vehicle. That day, the market value of Nasdaq-listed Tesla swung by another few per cent of $1tn.

From sports wagers to digital tokens, cryptocurrencies to volatile meme stocks, Americans are being offered more ways than ever to roll the dice on their financial futures.

Games and gambling run through all of these worlds, which are blurring together as each tries to get a piece of the other’s action: think of GameStop, the original meme stock, setting up an NFT division, or the NBA minting digital tokens of game highlights.

Trading apps gamified to make an impulsive flutter more irresistible invite us to consider ourselves authorities on abstract assets. The perennial hope of making a fast buck is sweetened by a new narrative of democratisation: we’re all art buyers and currency traders now.

We have never had so many things to bet on, nor so many mainstream companies urging us to take a punt.

History suggests that any spike in speculation ends painfully for some. Already, gambling addiction hotlines report an influx of calls from day traders. Regulators’ limited efforts to catch up have been met with scorn from those they would protect. (Raise an eyebrow at the new speculation and you look like a finger-wagging defender of a discredited status quo.)

But why are so many prepared to place high-risk bets when the odds are stacked against them? Pandemic stimulus packages certainly handed many Americans some extra cash, but they could have parked that in a mutual fund account instead.

The explanation may be the fatalistic view many have of markets and the economy. Polls since the global financial crisis have shown a growing cynicism about capitalism, particularly among younger Americans, many of whom doubt that they will be better off than their parents, or that their employer will provide a fair wage and decent pension.

That is fuelling a form of financial nihilism which the investor and former ecommerce executive Mike Effle has christened “finihilism”. In an economy too many see as rigged against them, and with markets showing little connection to underlying value, perhaps a bet on the playoffs or a sociable sally against AMC’s short sellers seems as good a use of your money as any.

It is easy to moralise about the upsurge in speculation. But it is hard to fault people for wanting to get rich quick if they have lost faith in their ability to get rich slow.