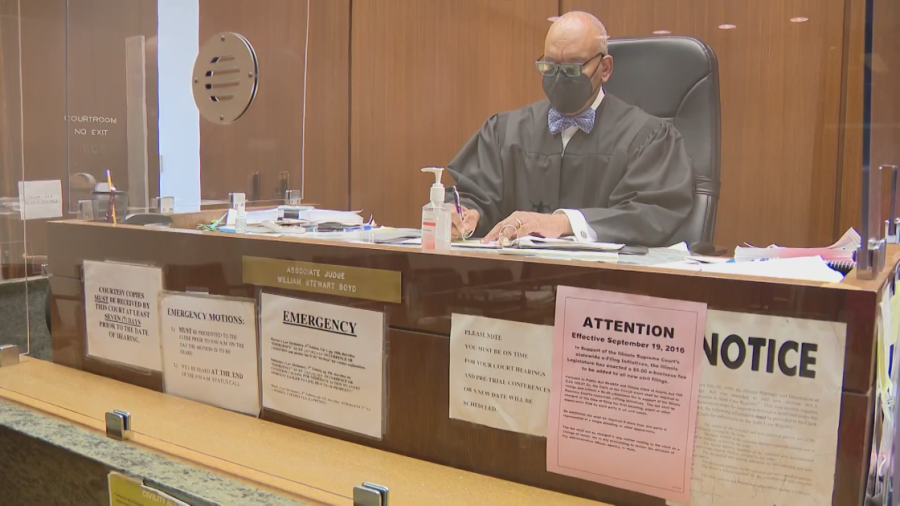 CHICAGO — The killing of George Floyd last may by a Minneapolis police officer sparked calls for racial justice and equality around the country. As they witnessed Floyd’s death along with the nation, one local law organization decided to take action. Creating a new opportunity for African American law students, the American Academy of Matrimonial Lawyers is one of Chicago’s Very Own.

The death of Floyd last year and the subsequent events following, became a catalyst for change. It prompted Chicago attorneys James Quigley and Adam Kibort and members of their organization to take action.

“It was the proverbial wanting to walk the walk or talk the talk and as an organization I think that is how everyone felt,” Quigley said.

Their organization, the American Academy of Matrimonial Lawyers, or AAML Illinois Chapter, has more than 100 top family law professionals from around the state as members.

Quigley, the incoming president, and Kibort, the current president, made the decision to support the Black Lives Matter movement, by focusing its attention on bringing diversity to the practice of family law.

“One of the things in our discussions with the committee was the idea that despite Cook County being a large minority population there was sort of a dearth of representation of attorneys of color,” Kibort said.

“When you walk through the halls of the courtrooms, it’s noticeably devoid of African American attorneys, and that’s not to say there aren’t any but in terms of the population of our city and our country it doesn’t appear that the African American community is accurately represented in our division,” Quigley said.

They say it was time for a change. To encourage young African American students into the field of family law, the AAML created a $5.000 scholarship to be awarded to a first-year law student. It’s named for Cook County Circuit Court Judge William Stewart Boyd.

“It’s quite an honor to have it named for me, it’s almost, words can’t describe how I feel, how proud I am,” Boyd said.

Boyd is just one of a handful of Black judges presiding over family law in Illinois. He has spent more than two decades on the bench in the domestic relations division.

“He runs an amazing courtroom, people respect him, they respect his team, he’s in early in the morning, works as hard as any judge or lawyer in the division so he’s just a natural fit,” Quigley said.

Boyd isn’t just lending his name to the scholarship. With cases that include divorce, child custody and business assets, he will mentor the scholarship recipients. It’s an area of law that he says takes patience and understanding.

“They may understand the education portion but they also need to understand the human portion, and you’re able to do that by having someone assist you and explain things to you,” Boyd said.

Kibort said it was important to do more than throw money at the idea. Their long-term goal is to ultimately turn out successful lawyers.

“We wanted to put some substance behind it, to give somebody some mentorship, some training to expose them to the practice to our fellows to our judicial system,” Kibort said.

A program they’re hoping will continue for generations to come.

“One day they are providing jobs and mentorships to young African Americans as well,” Quigley said.

And although humbled by the honor, Boyd also appreciates the organization’s efforts to bring diversity and change that is long overdue.

“What I’m most proud of is that they cared!  They cared enough to seeing what the situation is and what is happening in real life and they wanted to do something about it,” Boyd said.

The first scholarship is expected to be awarded this fall. For more information on how to apply visit aaml-illinois.org.