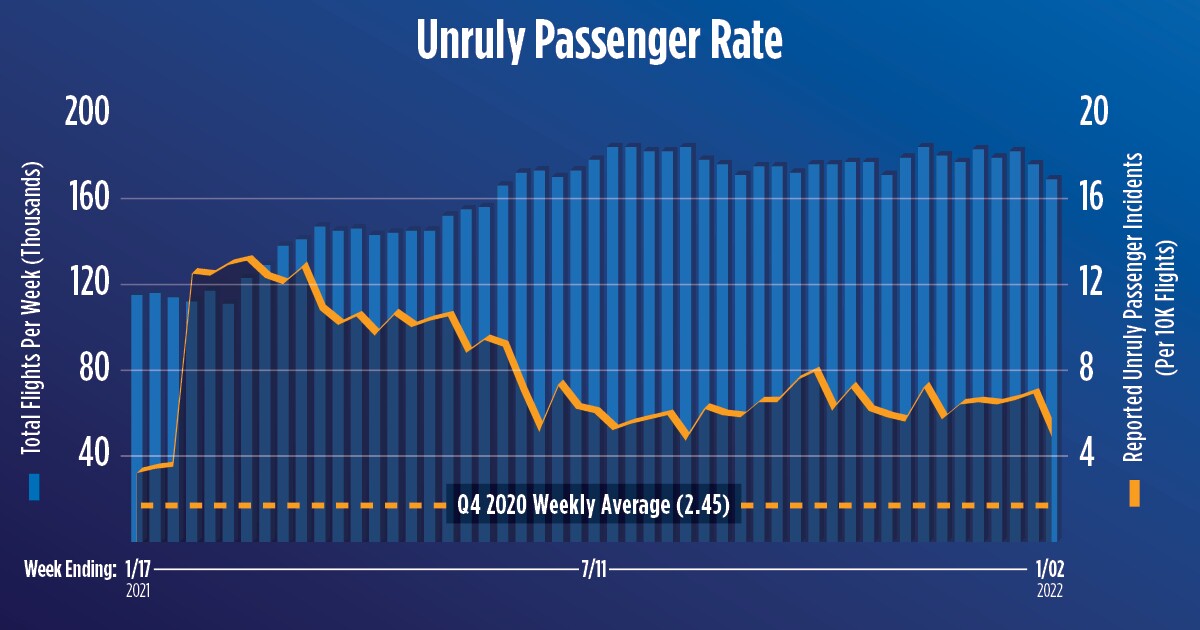 On Wednesday, the Federal Aviation Administration reported that numbers on the rate of unruly passengers aboard flights had gone down.

The agency signaled that it could be moving towards even less tolerance for badly behaved airline passengers as we advance in 2022.

The agency reported numbers across various metrics, writing that there have been 76 total reports of unruly passengers as of Jan. 11, with 43 of those categorized as “mask-related incidents.”

While it’s not clear how many of those mask-related incidents led to a simple warning or possibly a more significant action, the FAA says that an unruly passenger is someone who interferes with the duties of a crew member and violates federal law.

The FAA says that at least one investigation has been initiated out of the total of those cases and one enforcement action had to be taken.

Passengers who are deemed unruly can face up to $37,000 in fines per violation, as part of the FAA’s Reauthorization Bill, which is an increase from the previous maximum civil penalty per violation, which was at $25,000 previously.

And the agency says that one incident can still result in more than one violation. Violators can also be prosecuted under criminal charges.

The FAA partitions out “security violations,” which the agency says are handled by the Transportation Security Administration.