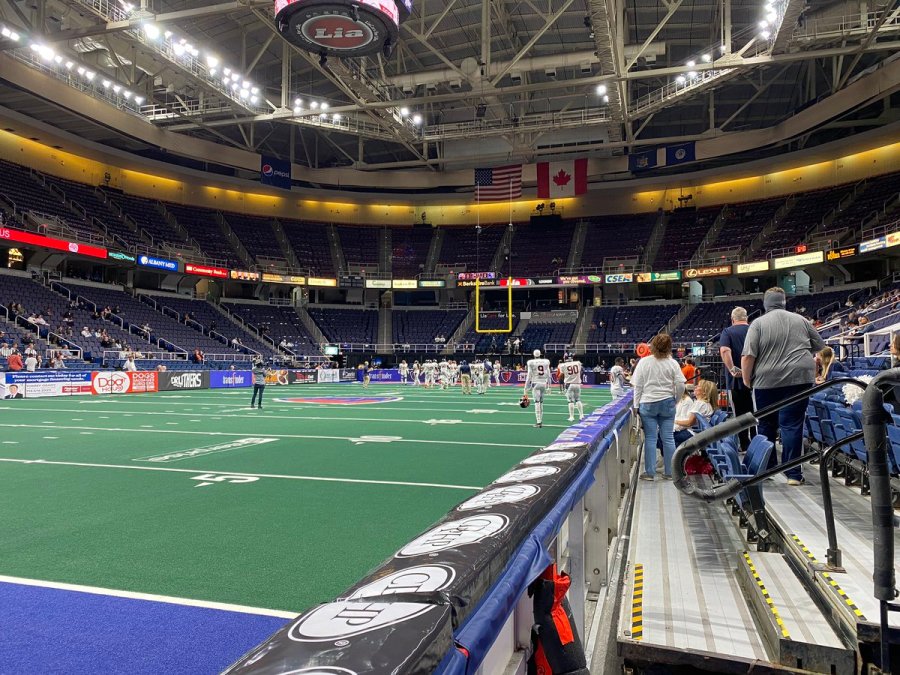 ALBANY, N.Y. (NEWS10) — Arena football is back in the Capital City. The Albany Empire held its opening game at the Times Union Center on Saturday. Fans are excited to be back in the stands.

“We’re season ticket holders again; we were the first year. We’re excited to be back, getting normalcy back in Upstate New York at the best we can,” says Empire fan Tammy Pelkey.

It was a delayed start of the season for the Albany Empire, but the loyal fans are just happy that they can still play this year. “This is something we enjoy doing on Saturday nights, so it’s something the kids love to do,” says Tammy.

At 33% capacity, about 4,000 fans can root for their team at the arena. “We’re really excited to have this game and have the Albany Empire return and start their season,” says TU General Manager Bob Belber.

Belber is excited to bring more fans in the stands. He has his fingers crossed the state will allow the arena to open at 50% capacity in the coming weeks. He says that would be a game-changer for the local economy. “It’s an economic impact to the local community, and to the businesses, restaurants and the bars like you said, it’s something that they rely on that doesn’t mean that we’re not providing all the particles to keep people safe,” says Belber.

“They took my temperature twice before I got into here. I had to show my Excelsior Pass and I had to go through all the motions and so far, everyone has been safe, I can’t complain,” says Empire fan Joseph Donahue.

Win or lose, fans are just glad to be back. “For the first game we weren’t able to get the best seats, but I am sure we’ll enjoy it and get better seats next time,” says Joseph.