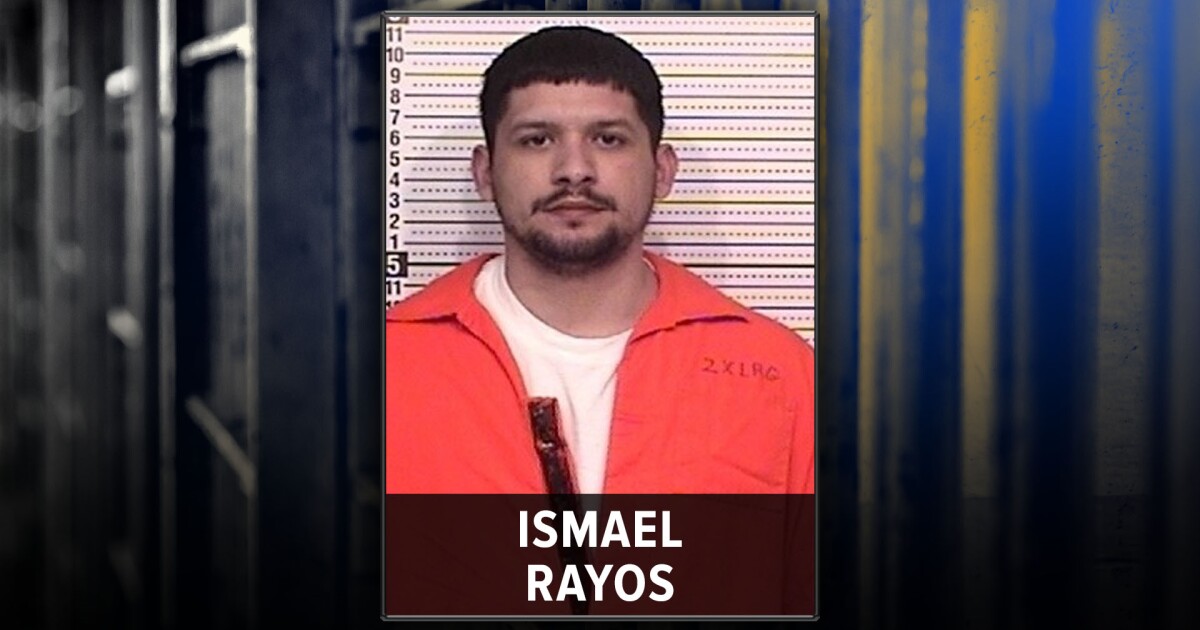 ARAPAHOE COUNTY, Colo. — A driver who injured a Sheridan police officer in 2015 while fleeing from authorities was sentenced to prison this week.

Ismael Rayos, 30, was sentenced to 20 years in prison after pleading guilty on Tuesday to first-degree assault by threatening a police officer. The other charges against him were dismissed in the plea agreement, according to the 18th Judicial District Attorney’s Office.

The charges stemmed from an incident on April 26, 2015, when officers with the Sheridan Police Department responded to a call about a suspicious vehicle at a convenience store near W. Oxford Avenue and S. Federal Boulevard. Once they arrived, police tried to talk with Rayos, but he jumped in a car. He drove in reverse with the door open and an officer was caught between the door and the car, according to the district attorney’s office.

The officer was treated for minor injuries at the hospital. He has since recovered from the injuries.

Police located the car, which had crashed, in Denver. They also found a .380-caliber handgun inside. However, they could not locate Rayos.

In 2019, Rayos was found in Mexico with the help of the Drug Enforcement Administration and the U.S. Marshals Service, and was charged in Arapahoe County.