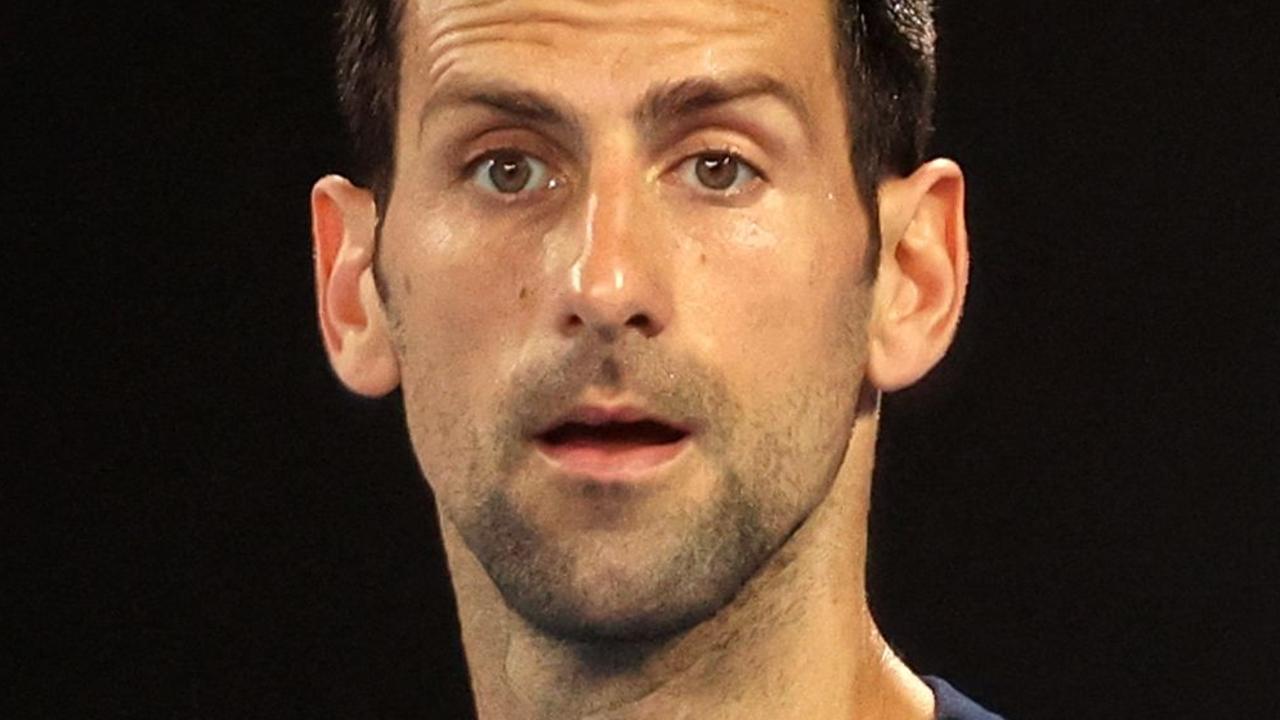 Novak Djokovic’s legal team has revealed how it intends to argue against his fresh visa cancellation in a last-ditch effort to let him play.

Novak Djokovic sought and obtained an urgent injunction to prevent the government from deporting him at a hastily arranged hearing in the Federal Circuit Court last night, following Immigration Minister Alex Hawke’s decision to cancel his visa.

Mr Hawke announced that decision at 5:52pm on Friday, citing “health” and “public order” concerns. Djokovic’s lawyers were notified by writing a short time later, and by 9pm the two sides were back in front of Judge Anthony Kelly, who also presided over Djokovic’s appeal against his initial visa cancellation a week earlier.

The tennis world number one’s legal team stressed the urgency of the situation, with the Australian Open – for which Djokovic is the top seed – set to begin on Monday. Nicholas Wood SC said any delays would cause the “chewing up of time that is extremely precious, every minute that we have before the tournament commences”.

And Mr Wood offered an extensive preview of how Djokovic’s team intends to argue against Mr Hawke’s decision.

Proceedings have been transferred to the Federal Court of Australia, with a hearing to be held at 10:15am AEDT on Saturday ahead of an expected final hearing on Sunday.

In a lengthy exchange with Judge Kelly, Mr Wood revealed the core of the argument he intended to make on Djokovic’s behalf.

He zeroed in on the reasons set out by Mr Hawke in support of his decision, in documents which have not yet been made public, but have been reported on by Nine Newspapers.

The argument Border Force officials used to rescind Djokovic’s visa the first time – that his recent Covid infection in mid-December was insufficient to earn him an exemption to the requirement that incoming travellers be vaccinated against Covid – has been abandoned.

“Given Mr Djokovic’s high profile status and position as a role model in the sporting and broader community, his ongoing presence in Australia may foster similar disregard for the precautionary requirements following receipt of a positive Covid test in Australia,” the Immigration Minister writes.

“In particular, his behaviour may encourage or influence others to emulate his prior conduct and fail to comply with appropriate health measures following a positive test, which itself could lead to the transmission of the disease and serious risk to their health and others.”

Djokovic this week admitted he had gone out in public and attended a media interview with the French publication L’Equipe after testing positive for Covid in Serbia. Mr Hawke cites that conduct to bolster his argument.

“Having regard to Mr Djokovic’s conduct after receiving a positive Covid result, his publicly stated views, as well as his unvaccinated status, I consider that his ongoing presence in Australia may encourage other people to disregard or act inconsistently with public health advice and policies in Australia,” the Minister says.

This is also where the “public order” argument comes in.

“In addition, I consider that Mr Djokovic’s ongoing presence in Australia may lead to an increase in anti-vaccination sentiment generated in the Australian community, potentially leading to an increase in civil unrest of the kind previously experienced in Australia with rallies and protests which may themselves be a source of community transmission.”

In court last night, Mr Wood argued the reasons set out by Mr Hawke in support of his decision stood “in stark contrast” to those given by the Border Force officials for cancelling Djokovic’s visa on January 6.

Mr Wood said that initial cancellation was due to the prospect of Djokovic “infecting other people because he’s not vaccinated”.

“What the Minister does is, in substance, to assume in Mr Djokovic’s favour every fact that might have been a factor previously.”

He said that, according to Mr Hawke’s reasoning, Djokovic “complied with the law” in all respects, posed “only a negligible risk to others”, was a person “of good standing”, and had a valid “medical reason for not being vaccinated”.

Mr Wood ridiculed Mr Hawke for, in his view, worrying that Djokovic’s presence at the Australian Open could inflame anti-vaxxer sentiment without considering the inflammatory effect deporting him might have.

“The Minister was making a binary decision. If he did not cancel Mr Djokovic’s visa, then Mr Djokovic stays in Melbourne, plays in the Australian Open,” he said.

“The binary alternative is that the Minister cancels Mr Djokovic’s visa. That leads to the forcible, mandatory removal of this man of good standing who has complied with law, who poses a negligible risk to the community.

“The Minister only considers the potential for exciting anti-vax sentiment in the event that he’s present.

“The Minister gives no consideration whatsoever to what effect (removing Djokovic) may have on anti-vax sentiment and indeed on public order.

Team Djokovic is in a rush

Mr Wood also took several thinly veiled swipes at the government for the timing of the visa decision, which came less than 72 hours before the start of the Australian Open and four days after Djokovic’s initial visa cancellation was quashed.

“I don’t wish to be critical. The position we find ourselves in today is the product of being given reasons for decision material shortly after 6pm on a Friday. More than four days after the original decision was made,” he said.

“We are where we are because of the time the Minister has taken. We are moving as fast as we possibly can.

Mr Wood said he wanted the matter to be decided in time for Djokovic to play on Monday night, should he succeed.

“Mr Djokovic may be scheduled to play on Monday night or Tuesday night. In those circumstances, we’re very concerned about time,” he said.

He said the grounds of appeal were narrower than in last week’s hearings, and he did not expect cross-examination or subpoenas to be necessary.

Mr Wood estimated each side could make its arguments in under an hour.

Djokovic agreed to attend an interview with immigration officials at 8am on Saturday, after which he would be taken back into custody.