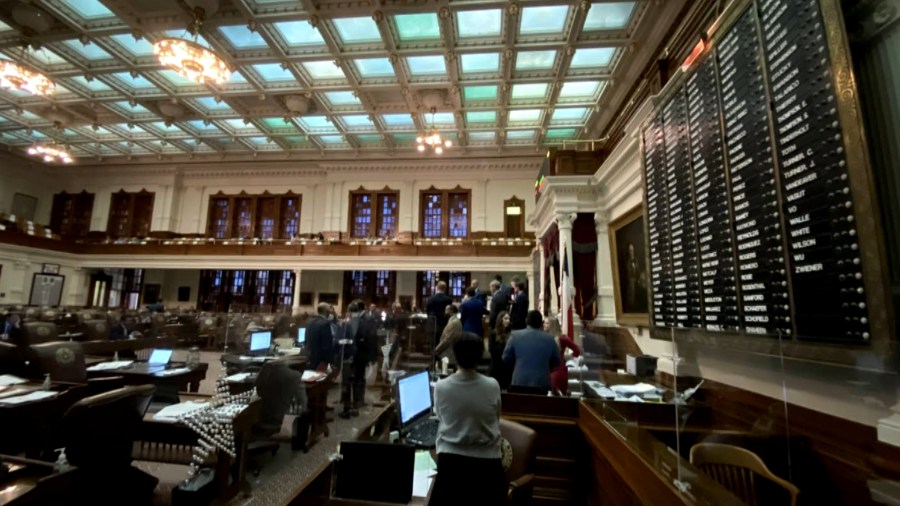 AUSTIN (Nexstar) — The two lawmakers spearheading the overhaul of Texas election law announced Friday they reached a compromise on the chambers’ versions of the legislation.

State Sen. Bryan Hughes, R-Mineola, and State Rep. Briscoe Cain, R-Deer Park, made the announcement that they, as the chairs of the conference committee negotiating the changes, had come to a decision on the final version of Senate Bill 7.

“We feel good about it,” Hughes said in an interview Friday.

“It’s still got to come before both Houses to be signed off on,” he explained.

Hughes said the main components of the initially-proposed changes will remain largely the same.

Key aspects of the legislation include a provision to require a paper backup of electronic votes cast, standardizing voting hours and stopping counties from sending out mail-in ballots unsolicited.

“We differ on some things, some big things we differ on, and we try to figure out where we can compromise and where we can’t and ultimately, it’s going to be a majority vote on this bil l— it’s presented to the House and the Senate for one last vote, it’ll be a majority vote — and so we’ll see what happens, but ultimately, the people of Texas are going to have their way,” Hughes said of the negotiations, which involved five lawmakers from each chamber. Seven were Republicans and three were Democrats.

Democrats involved in the negotiations were skeptical of the announcement and said they wanted to see more details.

“It’s important to realize this bill, by itself is unnecessary,” State Rep. James Talarico, D-Round Rock, said. He was not part of the conference committee.

“It is a solution in search of a problem,” he said. “There is no voter fraud in the state of Texas — you are much more likely to get struck by lightning than to commit voter fraud in this state, and so this bill is simply an attempt to appeal to far right Republican primary voters and to indulge former President Donald Trump and his big lie.”

As of Friday night, the updated bill language had not yet been published.