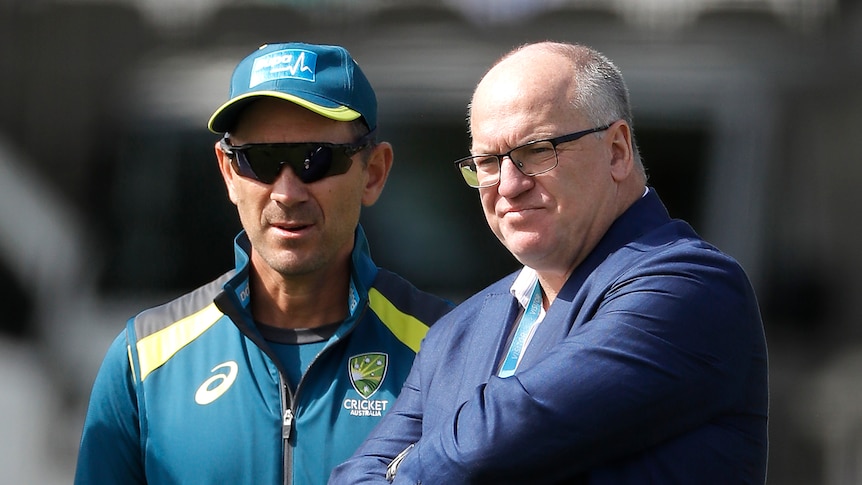 Australia’s most powerful cricket state has taken aim at Cricket Australia (CA) for the high pay awarded to the board’s chair.

Cricket NSW chairman John Knox called for reform of the governing body as he delivered an address to CA’s annual general meeting today.

It came just a day after the resignation of former Cricket Australia chair Earl Eddings, who was seeking re-election but lost the support of three of the six states, including NSW.

Knox said the gap between the pay of directors and the pay of the chair — understood to be between $250,000 and $300,000 per year plus tens of thousands more in travel and expenses — was out of proportion compared to other sports.

“It is highly unusual in any business or sporting environment that the chair of any organisation would be paid at such a significant multiple to what other directors are paid,” he said.

“This creates two obvious issues: That other directors would feel far less responsibility than that of the chair and that the chair needs to act like an executive to justify the compensation.

“Neither of these are ideal for a great organisation.”

Knox said the role of the chair could potentially be divided up amongst several board members.

The interim chair of Cricket Australia, Richard Fraudenstein, said in a press conference following the AGM that he didn’t think the position was overpaid.

“The ICC [International Cricket Council] constitution requires that the member representative from a country is the chairman, therefore there are significant responsibilities with the ICC as well as all the bilateral relationships he has to have.

“So, there are very good reasons why the chair’s pay is what it is.”

Knox raised other concerns about the governance of Cricket Australia.

He said the six states which have the power to nominate board members weren’t given enough say in how the game is run, and criticised the lack of communication between the game’s key stakeholders.

“It is crucial that the shareholders and the board of Cricket Australia work closely together over the next few months to learn from the past and to put in place the necessary changes to ensure the success of our great game,” Knox said.

He also called for better succession planning, a sore point for critics of CA, given Eddings’s attempt to gain a second term as chairman after already sitting on the board for 13 years.

Cricket Australia chair Earl Eddings resigns, one day before he was due to stand for re-election at the AGM.

“In the future, we recommend there is always a successor to the role of chair, or even better multiple successors ready to take over at any point in time,” Knox said.

Fraudenstein said a new CA chair would be chosen in consultation with the states and “other relevant stakeholders”.

He said the aim was to appoint the new chair by the end of the year.

He said he believed there were capable candidates from within CA’s current board.

Critics of the CA board say it is too dominated by directors from business, finance and marketing backgrounds and needs a more creative strategy to drive growth in the game.

Former Australian international Mel Jones is the only board member to have played cricket at the highest level.

Only one other board member, Greg Rowell, a lawyer from Queensland, played first class cricket.