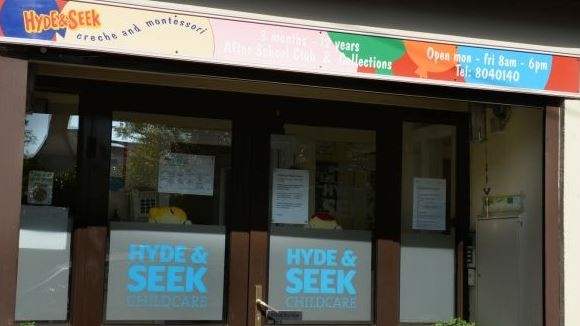 A former director of the Hyde & Seek creches, secretly filmed “roughly” handling a toddler to get him to sleep, has fined for her treatment of the child which came to light due to a television documentary.

Tusla, the Child and Family Agency, commenced an investigation following the 2019 broadcast of the television documentary Creches, Behind Closed Doors.

The RTÉ Investigates team went undercover to look at standards of care in the family-run preschool, which operates several premises in Dublin.

In 2019, the Minister for Children brought a prosecution with 22 charges, but the Covid-19 pandemic delayed the proceedings.

On Wednesday, Anne Davy entered guilty pleas to three offences. The prosecution dropped all charges against her daughter and director Siobhan Davy and the Hyde & Seek creche group company.

Anne Davy admitted to engaging in a practice that was disrespectful at her Tolka Road creche on May 8th, 2019, contrary to section 19.3 of the Child Care Act 1991 (Early Years Services) Regulations 2016.

She also admitted having inadequate space per child ratios at the Shaw Street branch.

Asked about the recorded footage Tusla manager Julie Nohilly, who was over childcare inspections, said that in her opinion Davy “roughly handles the child in trying to settle him to sleep”.

The court heard the child’s father became “very upset” when shown the footage.

Defence solicitor Michael Staines said that his client was soothing the child, showing no animus, and speaking quietly.

However, asked by Judge Halpin to place the incident on a one to 10 scale in terms of severity, the Tusla manager said: “Nine to 10, for me,” adding, “it is harmful to the welfare of a child”.

Davy sat silently throughout the hearing and did not address the court. Her solicitor gave an undertaking on her behalf to never work in frontline childcare again.

Pleading for leniency, Mr Staines said his client had been vilified in the media, on social media and “even a government minister got involved in criticising her”. She was reported to gardaí and “suffered a huge amount of abuse from people out on the street”.

Judge Halpin remarked that it was saddening if children were harshly dealt with, but he thought the Tusla witness’s severity assessment was harsh. He said that he would have placed it mid-scale at five.

He noted Davy’s guilty plea, the media attention and abuse she received.

Judge Halpin fined her €4000 for the disrespectful handling of the child, and the remaining two charges were taken into consideration. She must pay the fine within six months.