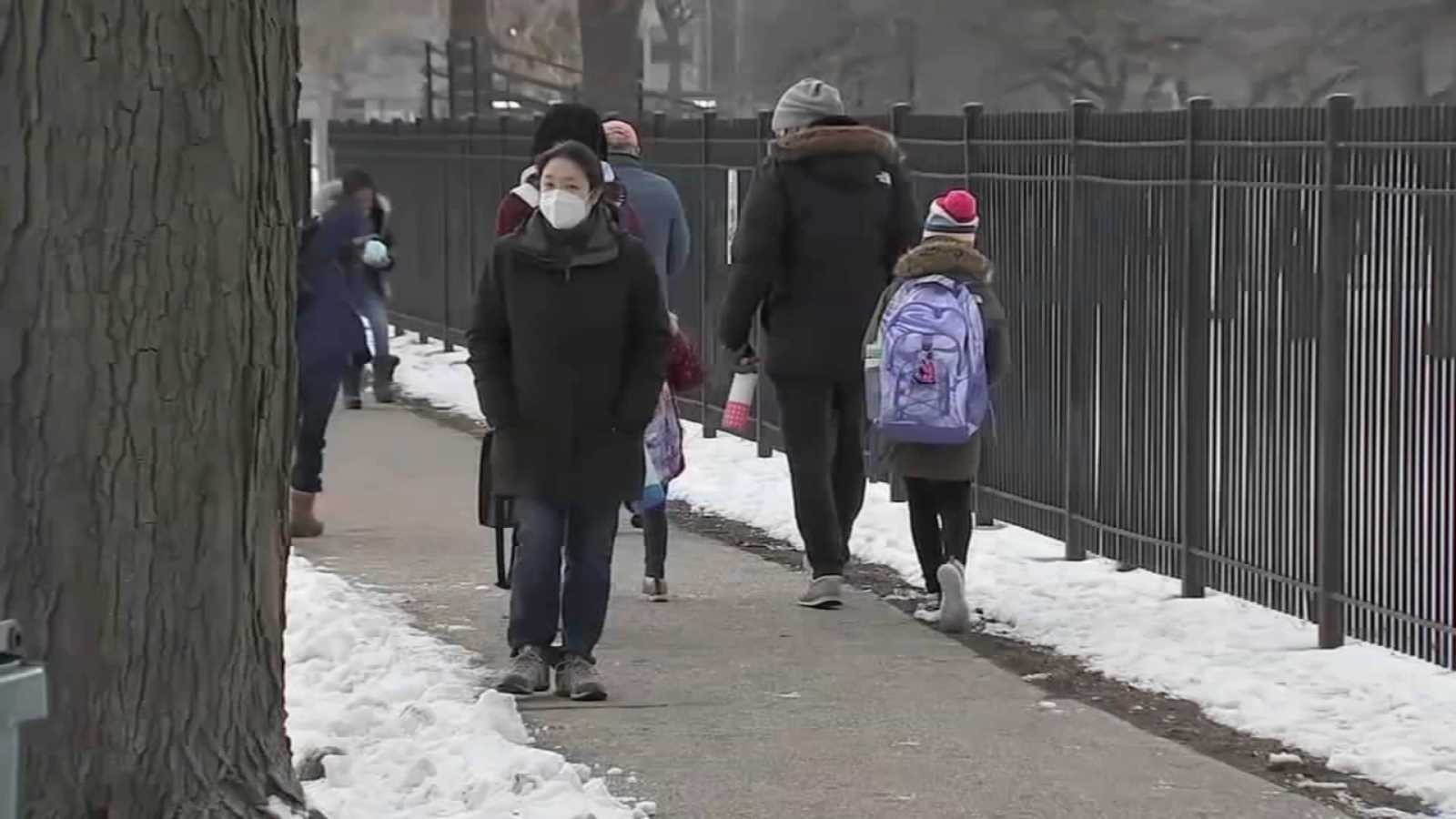 CHICAGO (WLS) — For the first time in a week, Chicago Public Schools students are back in class Wednesday, after a tentative deal was reached Monday night between the district and the Chicago Teachers Union regarding COVID safety.

CTU suspended its remote work action after a House of Delegates vote while its members vote on a deal with CPS.

The union’s 700-member governing body voted 63% to 27% in favor of ending the remote work action that affected about 300,000 students.

RELATED: Why are so many vaccinated people getting COVID-19 lately? | What you need to know

Emima Kisija is a seventh-grader at Swift Elementary, excited to be back.

“When you’re home, it feels kind of lonely honestly. You’re isolated from your peers and stuff, and now that we’re back, we get to reunite with our classmates and our friends and stuff,” she said.

Teachers were back in classrooms Tuesday, getting ready for the return of in-person learning.

Janet Luszczki was relieved her 12-year-old son is heading back to school.

Luszczki said the disruption prompted her to hire a tutor for her son, and she was forced to lean on family members for child care.

RELATED: Lightfoot optimistic deal between CPS, CTU is on horizon

But some parents are not happy with the decision.

“The pandemic, the viruses, it’s just not safe,” CPS parent Suzana Kisija said. “Like even though the kids are back to school, for me, in my opinion, for my children, it’s not safe.”

And others are torn.

“I think it’s a hard day all around,” CPS parent Jamin Clutcher said. “I think the teachers were right in bringing up a lot of serious concerns.”

Mara Tierney is an essential worker with mixed emotions about sending her children back.

“I kind of need them to be in school. It’s hard to do the whole schooling; we did that all last year, but at the same time I don’t necessarily feel it’s a health risk I wanna take,” she said. “But I don’t know what my other options are.”

“Parents are going to be wondering when the next battle is going to ensue. This has been a longtime pattern,” ABC7 political analyst Laura Washington said. “What you’re going to see is many more parents start to look at alternatives. They’re going to start to move out of the system. That’s already been happening. I think it’s going to happen even more. Parents just don’t feel they can rely on CPS any longer.”

Among the highlights of the deal is an agreement to expand testing of students, but not the opt-out testing program the CTU had sought. CPS did agree to a set of metrics that would trigger a move to remote learning for individual schools, but not a district-wide metric as the union had wanted.

The mayor said there will also be new incentives to increase the number of substitutes in the district.

What are main sticking points between CPS, CTU?

She said the full details of the deal will be released after the agreement is ratified by the full CTU membership.

“You know, I’m still struck by the tone deafness of our administration,” CTU Vice President Stacy Davis Gates said. “Our mayor is not a partner.”