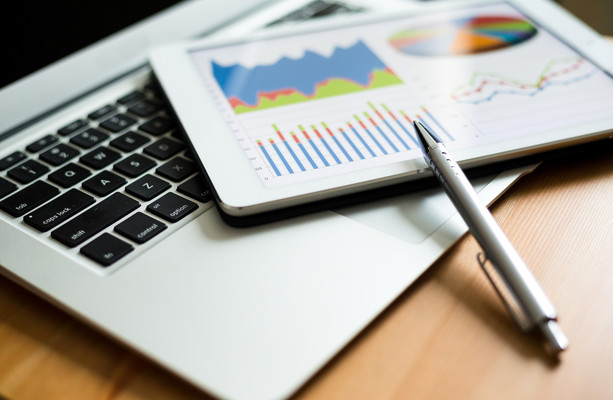 ALL KEY INDICATORS are drifting upwards.

Despite one of the most successful vaccination campaigns in the world, Ireland can’t seem to get its cases down, and now they’re rising.

Amid rising concern about the increase in coronavirus figures, and with Cabinet set to meet on Tuesday next to decide whether the final lifting of measures can go ahead, The Journal has been taking a closer look at the case numbers, testing rates, and how people’s behaviour is impacting on the spread of the virus.

Mallow in Cork currently has the highest Covid-19 incidence in the country at almost 900 cases per 100,000, followed by Waterford City South at 858.7 and Longford at 847.

According to the HSE’s head of Testing & Tracing Niamh O’Beirne, the number of tests in Ireland had risen by 11% on Tuesday compared to the previous Tuesday.

O’Beirne told The Journal that testing centres were particularly busy in Waterford, Kerry and Cork.

She said there had been a rise in infection across all age groups over 35 this week, echoing HSE Chief Operations Officer Anne O’Connor who said yesterday 19 to 44-year-olds have seen the biggest rise in incidence in recent weeks.

The vaccine booster campaign, therefore, will be closely watched in the weeks ahead. More than 40,000 booster or extra doses of Covid-19 vaccines have been administered in Ireland as of Tuesday.

The number of people in hospital with Covid-19 topped 400 this week for the first time since early March.

This is causing a strain on non-Covid-19 services, Anne O’Connor told RTÉ yesterday. She said that two-thirds of patients in ICU are unvaccinated.

O’Connor urged the 300,000 unvaccinated people in Ireland to take a vaccine.

“It’s really important that as many people as possible get it so that we reduce that risk,” she said.

Deja vu all over again?

This situation may sound more than a little familiar – as a slight sense of deja vu from October 2020 sets in.

But the important difference now is that we have a high level of protection in the community and we know that vaccines prevent serious illness and death.

However, while nobody is proposing that we row back on re-opening society, it needs to be asked how wise it would be to lift all remaining restrictions given our high incidence and hospital numbers – and the strain this could put our health service under. 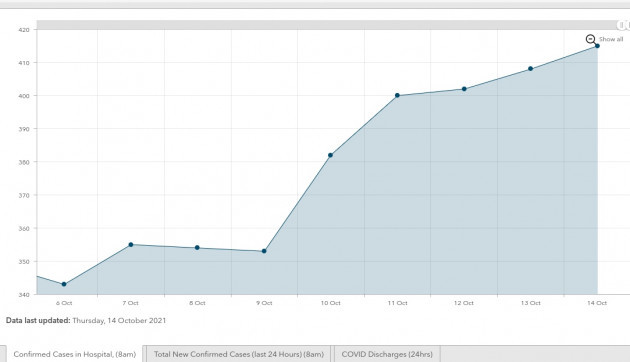 With 90% of adults are fully vaccinated, the question for Government and Public Health officials as we approach 22nd October is what are the implications should incidence continue to rise across the country?

On 22 October, it is planned to allow full capacity at nightclubs and to end the requirement to show a Digital Covid-19 Certificate to prove you’ve been vaccinated – although Government has already indicated this requirement could be extended.

Some members of the National Public Health Emergency Team (NPHET) believe the need to prove vaccination should indeed be extended as the situation deteriorates.

As it stands, one week out from 22nd, the Government, NPHET and the HSE need to crunch the numbers over the coming days both to determine the difference between the number of vaccinated and unvaccinated people testing positive and to essentially decide a limit to our tolerance regarding hospitalisation and ICU.

Much has been said in recent days about Ireland’s poor performance compared to many European countries, so let’s take a look at that for a moment.

Health officials point to Ireland’s proximity to the UK and the spread of the Delta variant here as one cause for our high incidence.

Despite the success of the vaccination programme, Ireland had a high incidence of disease as we vaccinated the population. This meant the rollout essentially ‘clamped’ the virus in place, making it harder then to reduce cases from an already high level.

Other sources within the health sector have said Public Health messaging was not reinforced strongly enough as we reopened.

According to the European Centre for Disease Control & Prevention (ECDC), Ireland is currently in the top five EU States in terms of incidence, but it remains lower than several Eastern European countries which are now suffering the results of low vaccination uptake and political instability.

So what should we expect over the coming days?

Government and Public Health officials will likely double-down regarding the need to get vaccinated against Covid-19 and ask us to reign in our socialising as we try to get back on top of the virus.


While the data indicates a troubling scenario, ESRI Behavioural Scientist Pete Lunn has suggested that non-compliance with basic Public Health measures is contributing to Covid-19′s rise.

The ESRI carries out a survey of 1,000 adults across Ireland every week to gauge social activity and behaviour. It includes asking people questions like what locations they visited and where they had been the previous day.

“There’s been a decline in mitigation behaviours. So if you look at people wearing masks, people engaging in hand sanitation […] that’s been falling in important locations like workplaces and public transport,” Lunn told The Journal.

That’s having a bigger effect, I would say, than how much more socialising people are doing.

According to the most recent ESRI survey, hand hygiene has declined since January with mask-wearing in retail settings falling from 91% in May to 82% in September.

With the added uncertainty around the lifting of remaining restrictions, Ireland’s vaccination figures – and whether they increase or not  – will be closely watched.

Lunn said that people could become increasingly frustrated that certain people are not vaccinated and that the vaccine may be the only effective tool left against Covid-19.

“The question is – what have we got left in our arsenal?” Lunn said.

“I don’t know the answer to that but I’m just raising it as an issue. You have to ask yourself that question – what weapons do we have left?

“It may just change the argument a bit.”