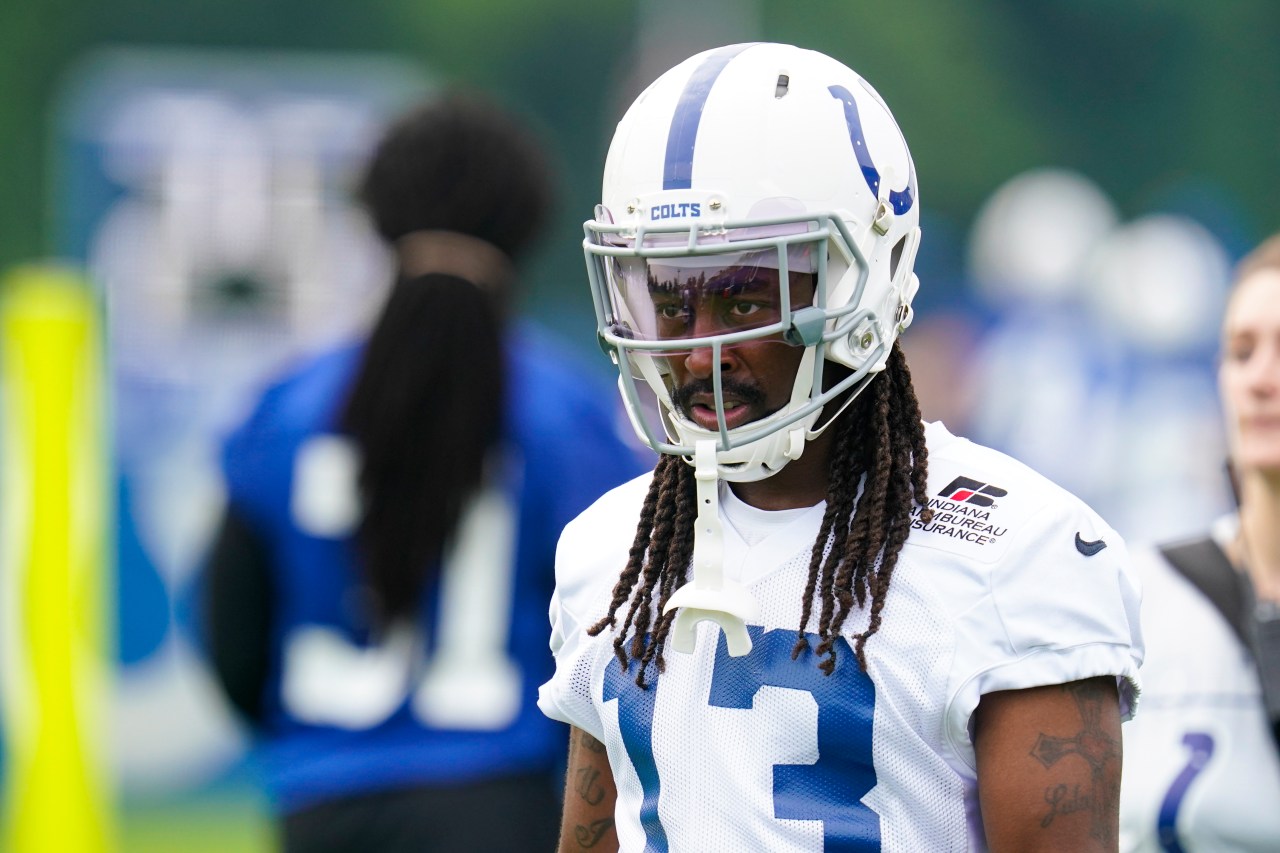 That was the fear that accompanied surgery in late August to address the C-6 disc in his neck that caused the loss of feeling on his left side.

It was, as Hilton described it, a “scary’’ time.

“First two days out of surgery, man, I didn’t think I would be back, to be honest with you,’’ he said Thursday. “It was very painful, man. I hope nobody has to go through that at all.

“It sucks. It sucks not being able to play the game you love after being in training camp so long with my team, just grinding and being so happy.’’

There’s a chance Hilton makes his season debut Sunday against the Texans. He feels great and has been assured by the variety of medical experts there’s no risk of further issues with the disc.

Hilton remains on the injured reserve list but was designated to return to practice Wednesday. He participated in the team’s walkthrough that day and was involved in Thursday’s practice,

“Just because I’m practicing doesn’t mean I’m playing,’’ Hilton cautioned, adding he’s “got to get my legs back under me, gotta pass some tests.

“I’m just out there giving the team the boost we need.’’

That was very much in doubt after the numbness in Hilton’s left side intensified on the team’s flight home following the Aug. 27 preseason game at Detroit.

Hilton leaned on prayer and endless discussions with “my family, my friends, my kids, my wife . . . everybody, man. They helped me so much when because the first two days when I got home, uh, I almost hung it up. I can’t even lie.

“I didn’t pretty much tell nobody but people close to me. I was close to hanging it up.’’

Among his close circle of friends was former teammate Andrew Luck. The two shared more than a few emotional meetings.

“I talked to Andrew. That was probably the wrong thing to do,’’ Hilton said as a smile crossed his face.

Luck stunned the Colts by retiring two weeks before the start of the 2019 season. He had grown weary with the cycle of injury and rehab.

“He came over to my house. We talked,’’ Hilton said. “He just wanted me to be good with it, get back healthy, don’t rush it, take your time.’’

Luck also told Hilton: “Before you get back, make sure you talk to me.’’

“He was a big supporter and just continued to check on me,’’ Hilton said. “I was good. After I got over those two to three days, I started feeling better. I could sleep.’’

Listen to the Colts Blue Zone Podcast for weekly coverage and analysis of the Indianapolis Colts.