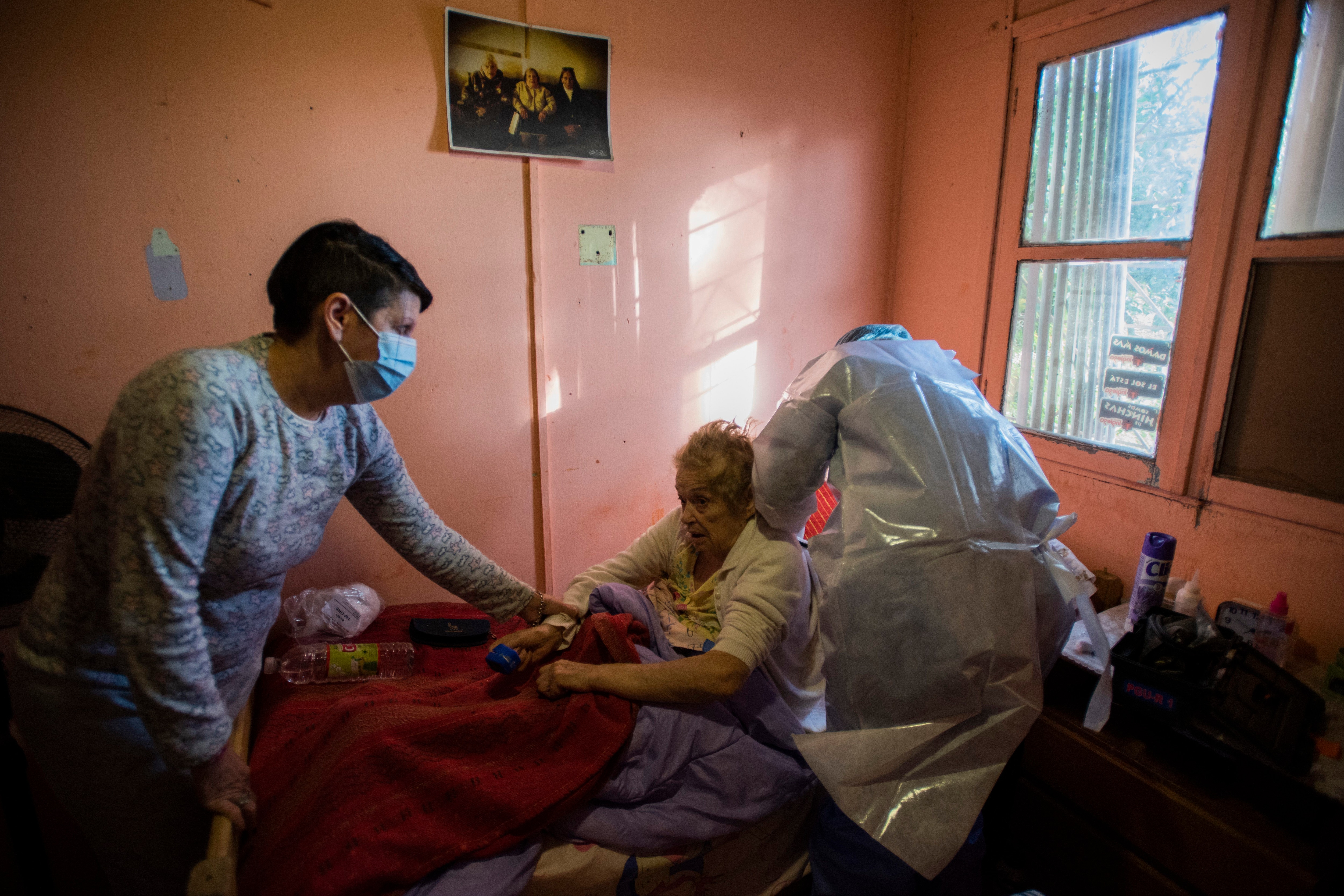 BEIJING — China’s southern manufacturing hub of Guangzhou has imposed lockdowns on two neighborhoods after an additional 11 cases of COVID-19 were detected in the city.

The surrounding province of Guangdong has already required anyone wishing to travel to other parts of China produce a negative test for the virus taken within the previous 72 hours.

Guangzhou has 15 million people but it wasn’t immediately clear how many people were affected by the lockdowns announced on Tuesday.

More than 30 cases of local transmission have been detected in the city over recent days, making it the latest virus hotspot in a country that has mostly eliminated domestic infections through mask mandates, strict case tracing, widespread testing and strict lockdowns when cases are detected.

MORE ON THE VIRUS OUTBREAK:

HERE’S WHAT ELSE IS HAPPENING:

COLOMBO, Sri Lanka — Sri Lanka eased restrictions on air travel and reopened the airports for inbound passengers on Tuesday, after a 10-day suspension to try to contain the spread of the coronavirus.

The Civil Aviation Authority of Sri Lanka said each incoming flight could carry only a maximum of 75 passengers and all must quarantine for 14 days. Any passenger with a travel history to India or Vietnam in the past 14 days cannot disembark in Sri Lanka.

Sri Lanka did not permit to disembark passengers at its two main international airports from May 21 until Monday, but allowed departures, freighter operations and humanitarian flights.

Travel restrictions remain in place across the country, banning people to leave their houses through next Monday as health workers are grappling with a highly infectious variant which has caused infections to surge since April.

GENEVA — The World Health Organization is announcing a new nomenclature for the COVID-19 variants that were previously — and somewhat uncomfortably — known either by their technical letter-number codes or by the countries in which they first appeared.

Hoping to strike a fair and more comprehensible balance, WHO said it will now refer to the most worrisome variants — known as “variants of concern” — by letters in the Greek alphabet.

A third that first appeared in Brazil will be called the “gamma” variant and a fourth that first turned up in India the “delta” variant. Future variants that rise to “of concern” status will be labeled with subsequent letters in the Greek alphabet.

WHO said a group of experts came up with the new system, which will not replace scientific naming systems but will offer “simple, easy to say and remember labels” for variants.

LOS ANGELES — Californians headed to campgrounds, beaches and restaurants over the long Memorial Day weekend as the state prepared to shed some of its coronavirus rules.

Southern California beaches have been busy with families barbecuing and children playing in the sand and surf. Business owners say they’re scrambling to hire workers to keep up with the customer demand since virus cases have fallen and vaccinations have risen.

The surge in travel and recreation comes as California prepares to relax social distancing and masking rules June 15 if coronavirus cases remain low. Newly reported infections in the state have fallen below 1,000 on some days. The positivity rate has been 1%.

LIMA, Peru — Peru announced a sharp increase in its COVID-19 death toll, disclosing more than 180,000 fatalities since the pandemic began.

The announcement was made in the presidential palace during the presentation of a report by a working group commissioned to analyze and update the death toll. The results of the study put the new toll at 180,764 in a population of about 32.6 million, compared to recent data indicating that 69,342 people had died from COVID-19.

Health Minister Oscar Ugarte said the criteria for identifying the coronavirus as a cause of death were changed. Previously, only those who “had a positive diagnostic test” were considered to have died from the virus, but other criteria have since been incorporated.

The new toll from COVID-19 includes deaths reported between March 2020 and May 22 of this year. Among Latin American countries, only Brazil and Mexico have reported higher death tolls from the disease.

On Monday, the coronavirus monitoring site of Johns Hopkins University was reflecting the previous figure of just under 70,000 deaths in Peru. Questions about Peru’s death toll surfaced soon after the beginning of the pandemic.

ANKARA, Turkey — Turkey is further easing of its COVID-19 restrictions, including a relaxing of nighttime and weekend curfews, following a decline in infections.

President Recep Tayyip Erdogan said restaurants and cafes, which were only able to open for delivery or take-away food, would be allowed to accept sitting customers until 9 p.m. as of Tuesday. Businesses such as gyms and amusement parks can reopen until 9 p.m.

The nighttime curfews was pushed back by an hour, to start at 10 p.m. Erdogan said Sunday curfews are to remain in place but people will be free to leave their houses on Saturdays. Civil servants will continue working remotely or in shifts in offices.

Meanwhile, the education minister said primary and secondary school students would return to their classes for in-person education two times a week. In less populous towns and villages, schools would reopen full time.

Earlier this month, the number of daily COVID-19 infections dropped to below 10,000 for the first time since March 1, after reaching a record-high of more than 63,000 daily cases in mid-April.

On Monday, the Health Ministry posted 6,933 new cases and 122 deaths in the past 24 hours. The total death toll in the country stands at 47,527 with more than 5.2 million infections.

Copyright 2021 The Associated Press. All rights reserved. This material may not be published, broadcast, rewritten or redistributed without permission.