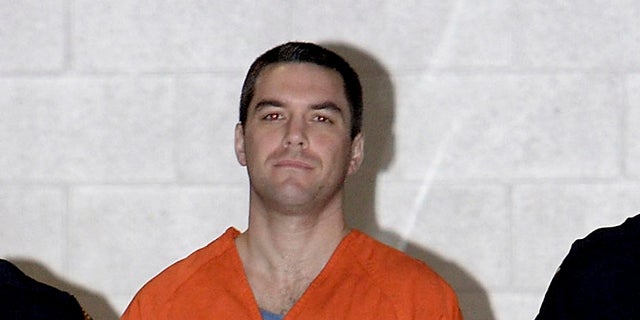 A Calfornia district attorney has dropped efforts to seek a new death sentence against Scott Peterson, who was convicted in 2005 for the murder of his pregnant wife and unborn child, according to a court filing.

The Stanislaus County District Attorney’s Office said it made the decision after consulting with the family of Laci Peterson. Peterson’s death sentence was thrown out by the state Supreme Court, which ruled potential jurors were dismissed because they said they disagreed with capital punishment.

In the filing in San Mateo Superior Court, District Attorney Birgit Fladager said Laci Peterson’s family is convinced her husband killed her and Connor, their unborn child, but don’t want to pursue the punishment because “this process is simply too painful to endure once again.”

Peterson, 48, was convicted in the San Mateo court after his trial was moved from Stanislaus County due to the massive pre-trial publicity that followed the Christmas Eve 2002 disappearance of his 27-year-old wife.

He has maintained his innocence.

Prosecutors said Peterson transported the bodies from his Modesto home and dumped them from a fishing boat into the San Francisco Bay. They surfaced months later.

A judge is considering whether to grant Peterson a new trial over potential juror misconduct in his first trial. The juror failed to disclose she sought a restraining order in 2000 against a boyfriend’s ex-girlfriend.

She said in seeking the order that she feared for her unborn child. The judge must decide if that amounted to juror misconduct, and if so, whether it was so prejudicial that a new trial is warranted.

If no new trial is granted, Peterson will be sentenced to life imprisonment.

In this April 21, 2003 file photo, Sarah Kellison stands in front of a memorial in honor of Laci Peterson outside the house Laci shared with her husband Scott Peterson in Modesto, Calif. (AP Photo/Marcio Jose Sanchez, File)

Peterson’s sister-in-law, Janey Peterson, recently claimed that she had evidence that shows there’s “no scenario of guilt” for him.

She told “48 Hours” that detectives never followed up on leads related to a home burglary that occurred across the street from the Peterson home. She said Laci Peterson caught the burglars in the act and was kidnapped and killed as a result.

She alleged that neighbors saw Laci Peterson the morning she disappeared after her husband had already left their home for a fishing trip.

The Associated Press contributed to this report.