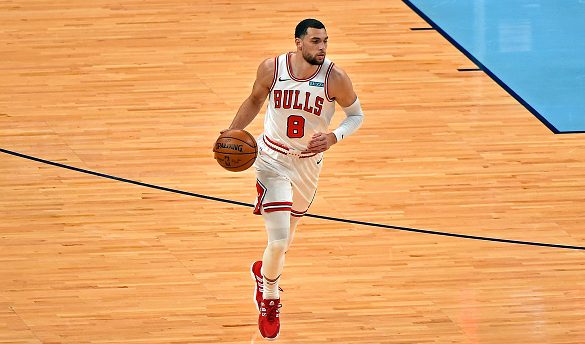 CHICAGO — Bulls guard Zach LaVine is out for the rest of the game Friday night against the Warriors after suffering a knee injury.

LaVine came down a bit awkwardly four minutes into the game, but it did not appear as a gut-wrenching moment like Derrick Rose’s torn ACL in 2012.

He said LaVine described the injury as discomfort and will receive an MRI on Saturday.

LaVine is a cornerstone of Bulls’ offense, averaging 25.6 PPG this season.

The Bulls are currently 27-12 on the year, but are currently getting blown out at home against the Warriors. It’s the second-straight primetime ESPN game for the Bulls after losing to the Nets 138-112 earlier this week.