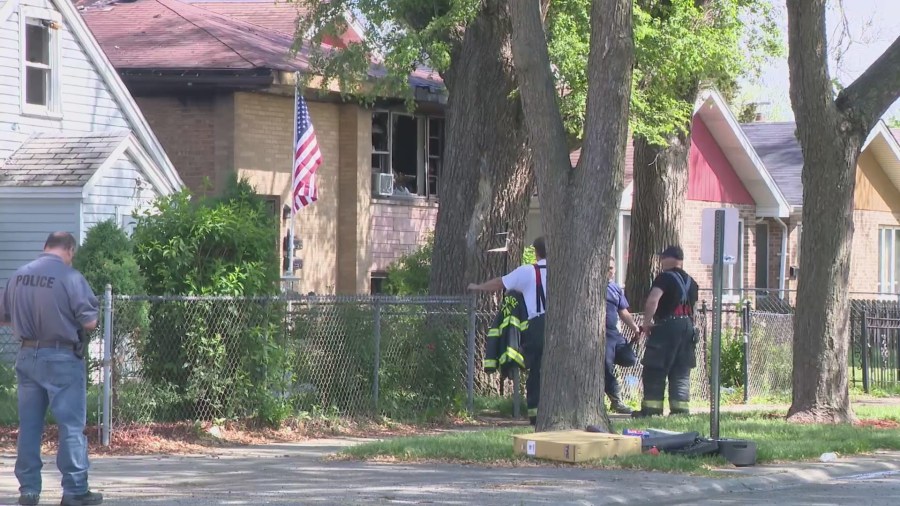 STONE PARK, Ill. — Neighbors say a house fire in Stone Park Sunday afternoon is another example of why they want their emergency services nearby.

The fire started Sunday afternoon in the 1700 block of 35th Ave. Flames have since been extinguished. The fire would eventually spread to two neighboring homes. A dog was rescued from the blaze, according to paramedics. No injuries were reported.

The fire broke out near what use to be the Stone Park Fire Department building.

In response to the blaze, emergency crews traveled from Melrose Park and were involved in a crash at 36th and Division. According to officials, a Stone Park police car crashed into a Melrose Park fire vehicle.

Sunday’s incident was a reminder to many about the lost presence of Stone Park’s fire department. After attempts to unionize in 2019 because of staffing issues and safety, village officials outsourced the area fire department to Melrose Park in January 2020.

At the time, the village said the move would save money. Residents agreed, voting to shutter the department by a slim majority. But after a fire last fall destroyed four three-unit apartment buildings and a single-family home in the 1800 block of 36th Ave., some residents had a change of heart.

Stone Park Mayor Beniamino Mazzulla consoled some of the families affected by the blaze Sunday but declined to speak with WGN on camera. Police and fire also decline to comment.