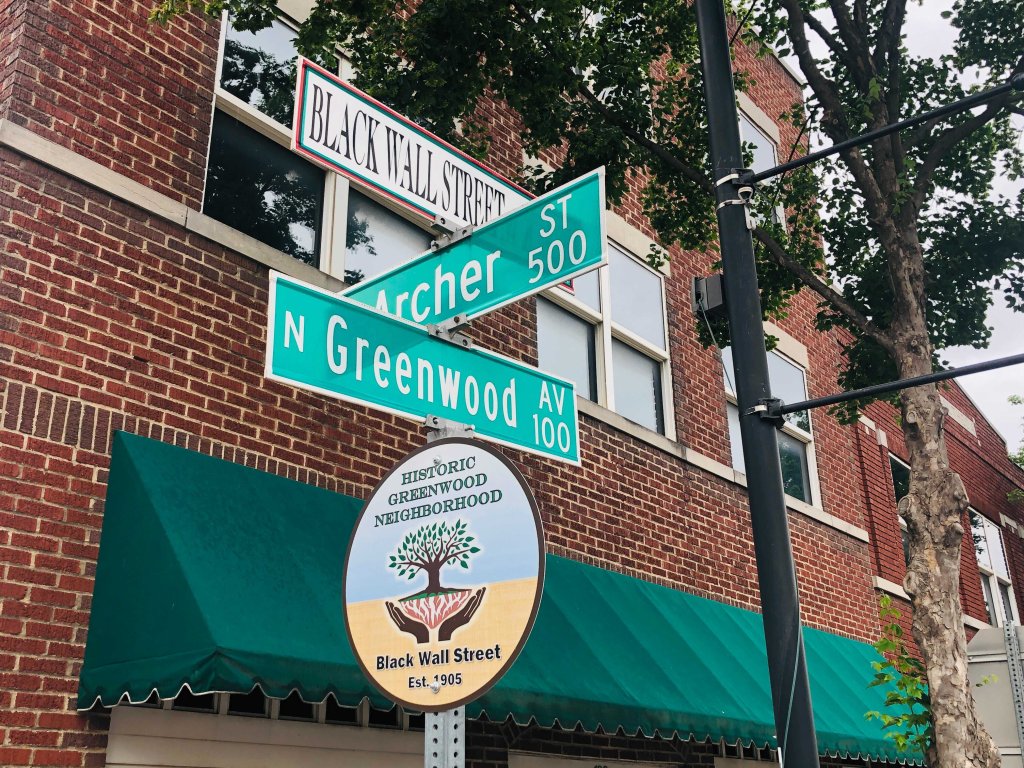 “Whenever I do tours, I use these people,” ransom said while pointing to a mural inside a Black wall street liquid lounge coffee shop.

He shared why being a Black Wall Street historian is important to him.

“Mainly because the fact that the story wasn’t as public as it should be,” Ransom said. “I had the privilege of being able to sit with a few of the survivors and listen to their stories and they gave me information. They never sold it to me.”

Ransom added, “The stories that I learned and were given to me. I figured why not give them to other people.”

Black Wall Street was a thriving business district on Greenwood Avenue in Tulsa Oklahoma.  It covered more than 35 city blocks with an estimated 10,000 Black people living in the area.

“You had your houses,” Ransom said. “You had hotels. You had pool halls, cafes, ballrooms, hospitals, grocery stores.”

In May of 1921, a young Black man was accused of assaulting a white woman in a downtown elevator. That sparked the Tulsa Race Massacre. It sent mobs of white men into Black Wall Street destroying the area and killing hundreds of Black people.

Ransom shares that dark history but, he also shines a light on the renaissance after the destruction.

“The fact that it rebuilt and made more money during the rebuild than it did before the massacre,” Ransom said. “So, I more so try to teach about the resiliency of the people here because that’s the story I think that African Americans need to hear.”

History that connects to Tito Jackson of the famous R and B group the Jackson 5.

While passing through and shopping on Greenwood Avenue, he shared with NBC 5 reporter Vince Sims about his great uncle who was a Tulsa business owner.

“Samuel M. Jackson, he was a funeral home owner,” Tito Jackson of the Jackson 5 said. “So, he buried thousands of Black people during that period.”

He has a lot of respect for those people here making sure the history, that includes his relatives, isn’t lost.

“Black history especially is important to our people and me being connected as a family member somewhat to this whole situation makes it a little more personal to me,” Jackson said.

Ransom does his part to try and make it personal and relevant to every visitor he shares with.

“I enjoy it knowing people get to leave with some good stories about this place as well and not just May 31 and June 1,” Ransom said. “So, people knowing the before the during and the after.”

It’s that after he says should serve as inspiration.

“We didn’t go through a massacre so we can do exactly what they did especially with the knowledge we have,” Ransom said. “That sense of community that sense of soul I want people to leave with that.”