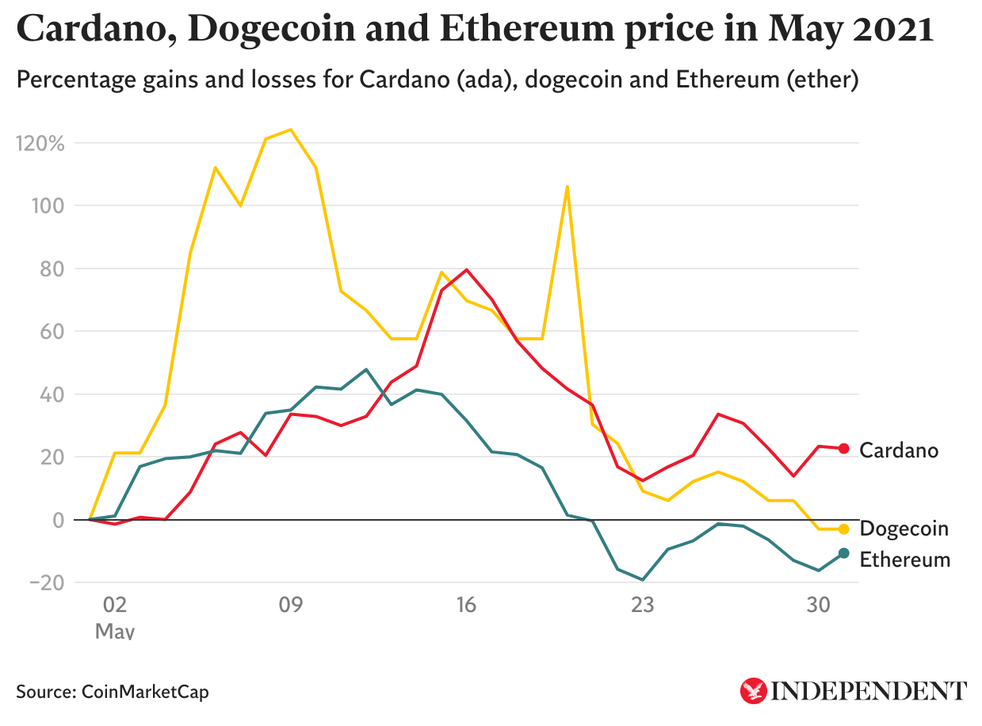 The price of bitcoin and other leading cryptocurrencies have rebounded at the start of the week, following a dip over the weekend that came alongside news that certain British banks are cracking down on crypto exchanges.

Ethereum (ether), Cardano (ada) and dogecoin all rose moderately on Monday, pushing their week-on-week gains above 10 per cent, while bitcoin remains roughly the same price. The relative stability has left analysts divided over whether bitcoin is at the start of a bear market or whether this is just a price correction on the way to new all-time highs in 2021.

Elon Musk, whose tweets and comments have managed to move the market in recent months, was once again sharing memes about dogecoin over the weekend. Some are hopeful that the recent council established to look at bitcoin’s environmental impact could help turn the cryptocurrency’s fortunes around.

We’ll have all the latest news right here.