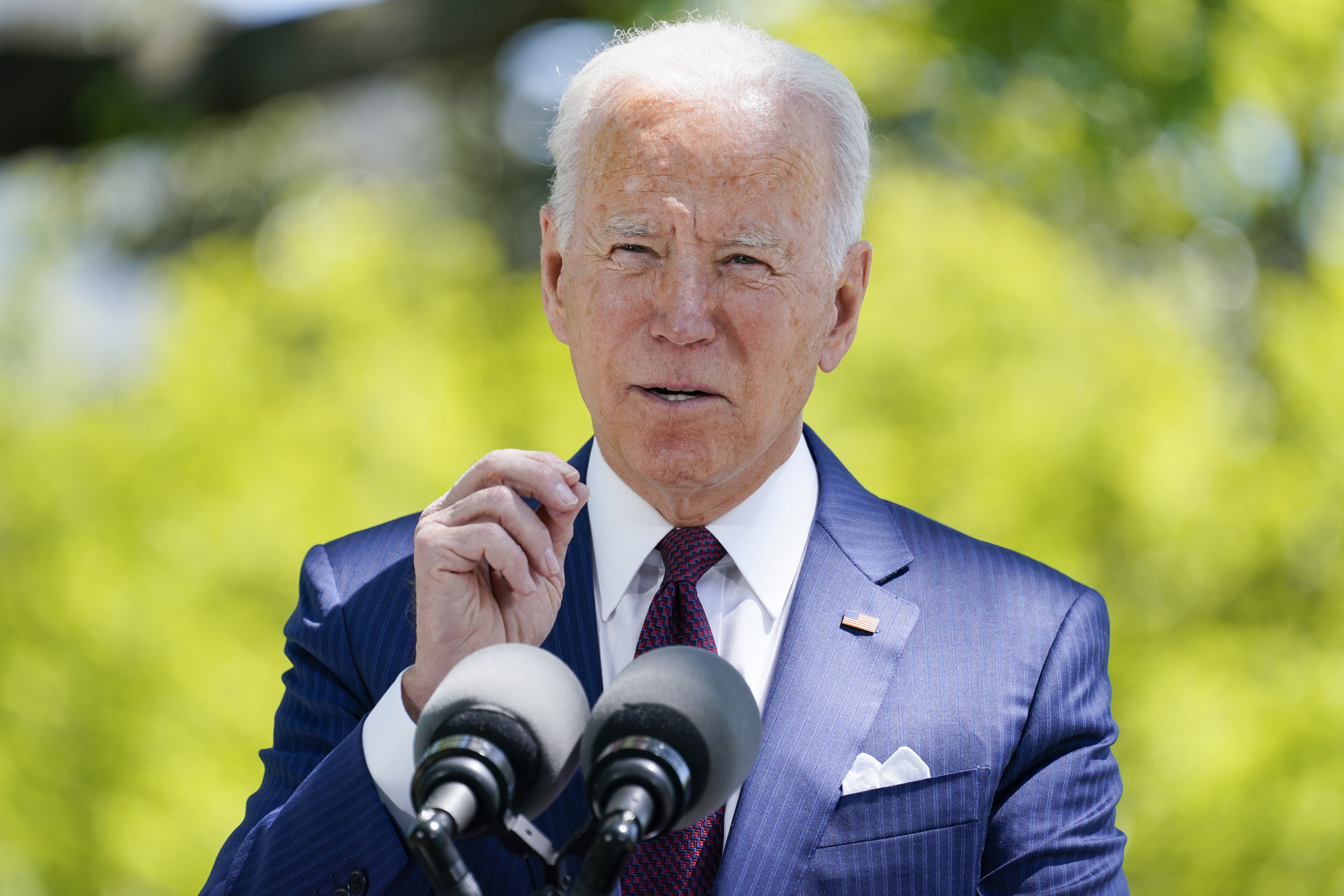 President Joe Biden will take part in a remembrance of one of the nation’s darkest — and largely forgotten — moments of racial violence, marking the 100th anniversary of a massacre in Tulsa, Oklahoma, that wiped out a thriving Black community.

Biden’s visit Tuesday, in which he will grieve for the more than 300 Black people killed at the hands of a white mob a century ago, comes amid a national reckoning on racial justice. And it will stand in stark contrast to the last presidential visit to Tulsa, which took place last year.

After suspending his campaign rallies after the onset of the pandemic, then-President Donald Trump chose Tulsa as the site of his return and picked June 19, the holiday known as Juneteenth that commemorates the end of slavery in the United States. Upon receiving fierce criticism, Trump postponed the event by a day, though the rally was still marked by protests outside and empty seats inside the downtown arena.

Biden will be the first president to be part of the remembrances of what happened in what used to be known as “Black Wall Street.” On May 31 and June 1 in 1921, white residents and civil society leaders looted and burned to the ground the Greenwood district and used planes to drop projectiles on it.

One of the deadliest riots in American history, the Tulsa Race Massacre took place in Tulsa, Okla., from May 31 to June 1, 1921. During those two days, a mob of white residents burned 35 city blocks and an estimated 300 people were killed after a Black teenager was falsely accused of attempting to rape a white woman.

The attackers killed up to 300 Black Tulsans and forced survivors for a time into internment camps overseen by National Guard members. Burned bricks and a fragment of a church basement are about all that survive today of the more than 30-block historically Black district.

The ongoing struggle over racial justice will continue to test Biden, whose presidency would not have been possible without overwhelming support from Black voters, both in the Democratic primaries and the general election.

He has pledged to help combat racism in policing in the wake of protests that swept the nation after George Floyd’s death a year ago and restarted a national conversation about race. Floyd, a Black man, was killed by a white Minneapolis police officer, Derek Chauvin, who pressed his knee on Floyd’s neck.

Chauvin was convicted in April, but Biden said the country’s work was far from finished with the verdict, declaring, “We can’t stop here.”

Biden called on Congress to act swiftly to address policing reform. But he has also long projected himself as an ally of police, who are struggling with criticism about long-used tactics and training methods and difficulties in recruitment.

“This is so important because we have to recognize what we have done if we are going to be otherwise,” said Eddie Glaude, chair of the Center for African American Studies at Princeton University. Biden’s visit “has to be more than symbolic. To tell the truth is the precondition for reconciliation, and reconciliation is the basis for repair.”

Historians say the trouble 100 years ago in Tulsa began after a local newspaper drummed up a furor over a Black man accused of stepping on a white girl’s foot. When Black Tulsans showed up with guns to prevent the man’s lynching, white residents responded with overwhelming force.

A grand jury investigation at the time concluded, without evidence, that unidentified agitators had given Tulsa’s African Americans both their firearms and what was described as their mistaken belief “in equal rights, social equality and their ability to demand the same.”

Tensions persist in Tulsa ahead of Biden’s appearance Tuesday.

The 1921 Tulsa Race Massacre Centennial Commission broke ground on Friday for a new history center honoring Black Wall Street and those killed during the 1921 massacre.

Organizers called off a headline commemoration of the 100th anniversary of the Tulsa Race Massacre, saying no agreement could be reached over monetary payments to three survivors of the deadly attack. It highlights broader debates over reparations for racial injustice.

Reparations for Black Americans whose ancestors were enslaved and for other racial discrimination have been debated in the U.S. since slavery ended in 1865. Now they are being discussed by colleges and universities with ties to slavery and by local governments looking to make cash payments to Black residents.

But some of Tulsa’s Black residents question whether the $20 million spent on the construction of the Greenwood Rising museum in an increasingly gentrified part of the city could have been better spent helping Black descendants of the massacre or residents of the city’s predominantly Black north side several miles away from Greenwood.

Disagreements among Black leaders in Tulsa over the handling of commemoration events and millions of dollars in donations have led to two disparate groups planning separate slates of events marking the massacre’s 100th anniversary.

Biden, who served as vice president to the nation’s first Black president and selected a Black woman as his own vice president, backs a study of reparations, both in Tulsa and more broadly, but has not committed to supporting payments. He recently declared the need for Americans to confront its ugly past, saying, “We must acknowledge that there can be no realization of the American dream without grappling with the original sin of slavery, and the centuries-long campaign of violence, fear, and trauma wrought upon African American people in this country.”

President Joe Biden called on Congress to come together to enact police reform, referring to the George Floyd Justice in Policing Act that recently passed the U.S. House. “We need to work together to find a consensus, but let’s get it done next month, by the first anniversary of George Floyd’s death,” Biden said.

The White House also issued a statement declaring Monday to be a “day of remembrance” for the massacre.

Trump’s own visit to Oklahoma last June came at a highly charged moment, just days after he ordered the forcible clearing of Lafayette Square across from the White House, with federal officers pushing out those peacefully protesting Floyd’s death. Trump reflexively embraced law enforcement throughout his presidency and was frequently accused of using racist rhetoric when painting apocalyptic — and inaccurate — scenes of American cities.

There were some brief skirmishes between Trump supporters and protesters outside the Tulsa venue last June. But the main headline was the disappointing turnout for Trump, who had proclaimed that the campaign had received a million ticket requests for his return to rallies.

Instead, he faced an arena that wasn’t even half full, as even supporters in a deep-red state stayed away during a surge in the coronavirus pandemic, resulting in a sea of empty seats and a furious president.