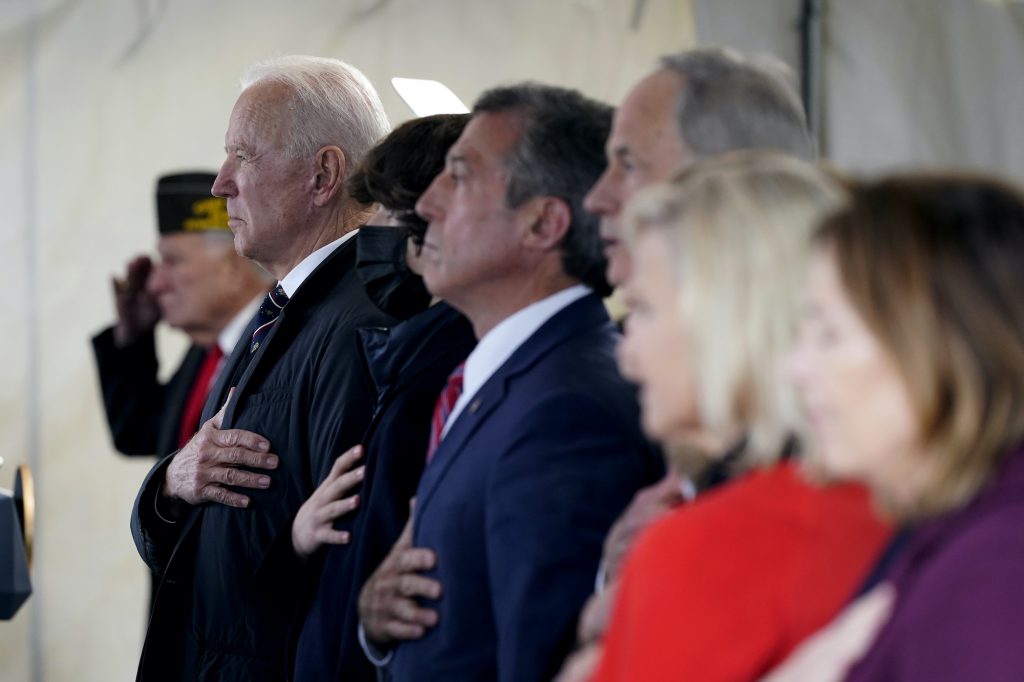 Later Sunday morning, speaking to a limited crowd near the Delaware Memorial Bridge, which included Beau’s son Hunter, lawmakers, and veterans, the president said the pain of losing loved ones never goes away, but gets better with time.

“I promise you, the day will come when the mention of the name of your son or daughter, husband, wife, they will in fact bring, not a tear to your eye, but a smile to your lips, folks, and I hope that day comes sooner than later,” said Biden.

To date, the U.S. has lost 7,036 troops in the 20-year conflict with Iraq and Afghanistan, a number Biden said he keeps on his person at all times. The U.S. is slated to pull out of Afghanistan in July, two months ahead of Biden’s original deadline of the 20th anniversary of the Sept. 11 attacks.

During the ceremony, a common thread in Biden’s and Delaware Gov. John Carney’s speeches was the need to take care of families who lose loved ones in combat, as well as the troops who make it back home.