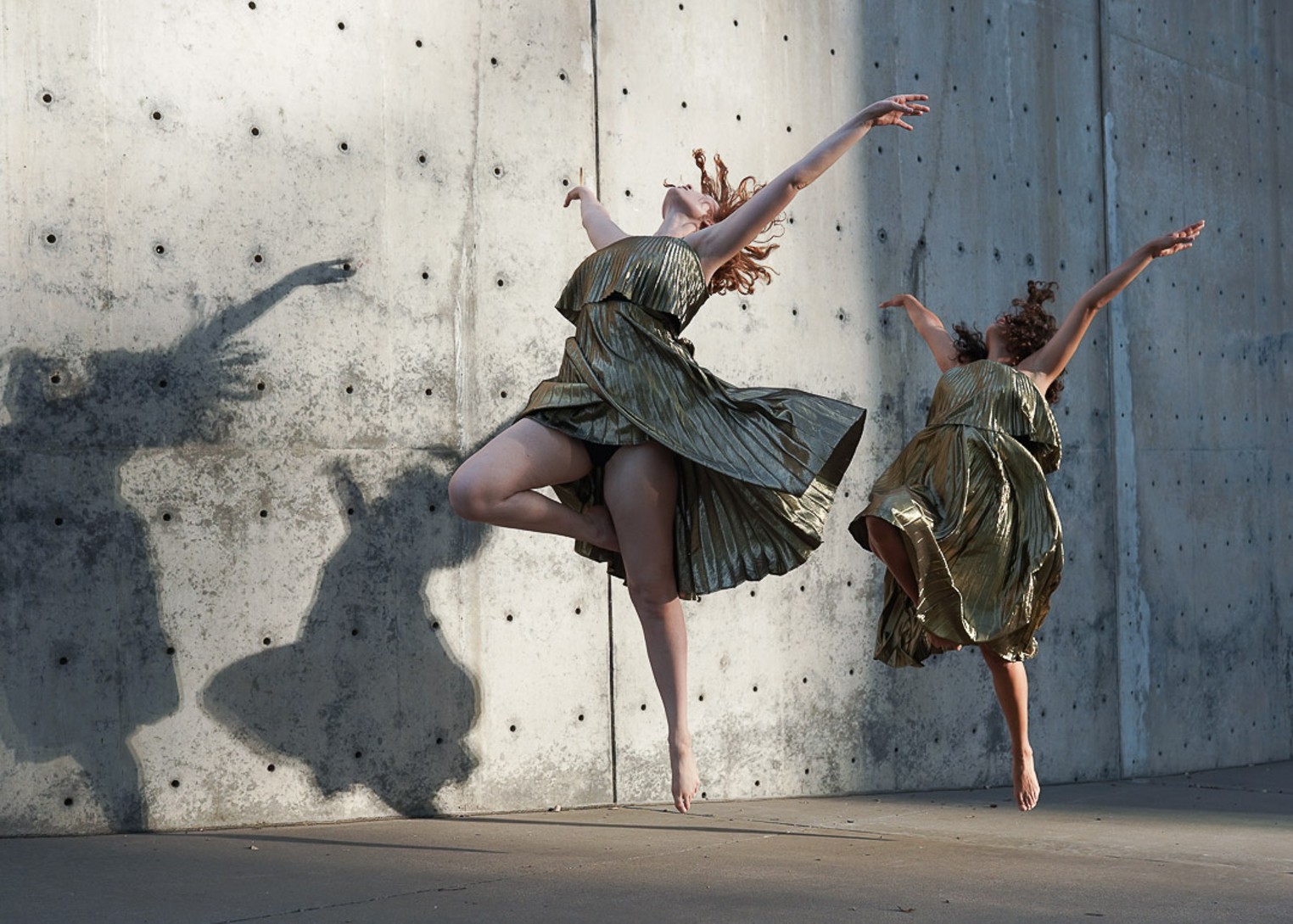 On this week’s list of best bets, you will find festivals, both virtual and in-person. Theater, indoors and outside. Lots of tacos and a head start on Halloween. Keep reading for the full list of the best Houston has to offer over the next seven days.
click to enlarge

If you haven’t caught the Catastrophic Theatre’s Drama Squad, this weekend marks your last chance. Last year, Catastrophic sent teams of performers to meet their audiences in their own yards and driveways. Last month, Catastrophic established a Drama Squad residency at The Orange Show – still outdoors and socially distanced – which comes to an end October 17. You can get pay-what-you-can tickets to the last three shows here, or you can don a costume and join Catastrophic on Thursday, October 14, at 7 p.m. when the Drama Squad visits the Cullen Sculpture Garden at the Museum of Fine Arts, Houston for the Catastrophic Cabaret and Costume Contest.

If you’ve ever wondered what may have happened after Nora slams the door on her old life in A Doll’s House, 4th Wall Theatre Company is opening their season with “a brisk and brainy sequel” to Henrik Ibsen’s “masterwork and shocker.” On Friday, October 15, A Doll’s House, Part 2 by Lucas Hnath will make its Houston premiere, and it’s a play that “functions as both homage and riposte, casting a critical eye on Nora’s choices and trying to wrestle with their consequences.” Performances are scheduled for 7:30 p.m. Thursdays, Fridays, Saturdays, and November 1, and 3 p.m. Sundays through November 6. Tickets are available here for $17 to $53.

On Friday, October 15, at 7:30 p.m. the “effortlessly versatile” members of Tuba Skinny will bring their “impressively deep” catalogue “of traditional jazz, blues and ragtime songs” to the Miller Outdoor Theatre stage. The group formed in 2009 as “a group of young musicians who migrated to New Orleans after Hurricane Katrina and met while busking on the streets” and has been taking New Orleans to people everywhere ever since. Register here for a free seated ticket, or pack up a blanket or lawn chair and head for the ticketless seating on the Hill. You can also catch this one from home on the Miller Outdoor Theatre website, YouTube channel, or Facebook page.

The Houston Fringe Festival returns to a live, in-person format this year for three nights of showcase-style performances. The roster includes live dance from companies like The Pilot Dance Project and the Dallas-based collective mixtamotus, dance films from Transitory Sound and Movement Collective and performance artist Brittani Broussard, and much more. Performances are scheduled at 8 p.m. on Friday, October 15, and Saturday, October 16, and at 7:30 p.m. Sunday, October 17. As of press time, Saturday night’s show is sold out, so hurry to get your tickets to Friday or Sunday before it’s too late. You can nab a ticket for $15 here. 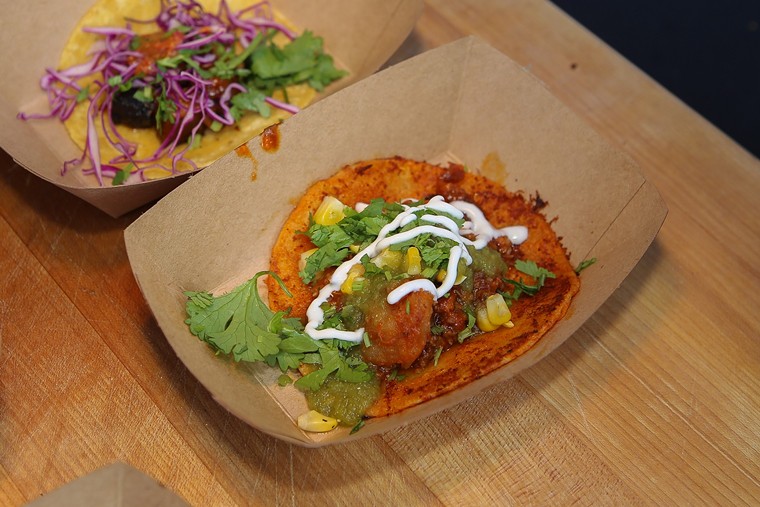 Feast on taco samplings from Houston’s finest at Tacolandia this Saturday.

Though some may question “what fuels America’s love for tacos,” we say who cares – just give us the tacos. This Saturday, October 16, from 4 to 7 p.m. you can find yourself in taco heaven during the Houston Press’ annual Tacolandia at the Water Works at Buffalo Bayou. Buy a $35 ticket now (prices go up the day of the event) and enjoy unlimited taco samples at the outdoor festival. Or you can drop $75 on a VIP ticket to get perks like early entry and access to a VIP-only lounge and restrooms, drink tickets at the VIP bar, and exclusive taco samples. Check out the vendors here and a list of things to do here. And note: this one is 21 and up only.

Don’t rush out to get a gift of tin or aluminum to celebrate the 10th anniversary of the East End Street Fest – in fact, don’t even leave your couch. This year’s edition is again “Live From Home,” meaning the East End Improvement Corporation and the East End Houston Cultural District will present the fest online. On Saturday, October 16, at 5 p.m. join the free three-hour long party featuring headliner Los Nahuatlatos along with Nico, Danza Azteca Taxcayolotl, and Astro Inn. You can watch on the East End Street Fest website and social platforms as well as on Houston Media Source and HTV’s public access television channels.

Support the independent voice of Houston and
help keep the future of the Houston Press free.

It’s not every day that you get the chance to hear from a Pulitzer Prize-winning author whose last book spent darn near four years on The New York Times Best Sellers List, but that’s exactly what we’ll get on Monday, October 18, at 7 p.m. when Inprint welcomes Anthony Doerr as part of the 2021/2022 Inprint Margarett Root Brown Reading Series. Doerr will join Maggie Galehouse in conversation and read from his new novel, Cloud Cuckoo Land, “an epic of the quietest kind, whispering across 600 years in a voice no louder than a librarian’s.” The $30 general admission ticket can be purchased here, and it includes your very own copy of Cloud Cuckoo Land.
“They’re here …” so get a head start on Halloween this Wednesday, October 20, at 7:30 p.m. during a free screening of Poltergeist at Market Square Park. The New York Times described the classic 1982 haunted house film – directed by Tobe Hooper based on a story by Steven Spielberg – as one “in which childhood wishes and fears are made manifest,” and “a thoroughly enjoyable nightmare, one that you know that you can always wake up from, and one in which, at the end, no one has permanently been damaged.” Be sure to bring lawn chairs or a blanket to the outdoor screening.