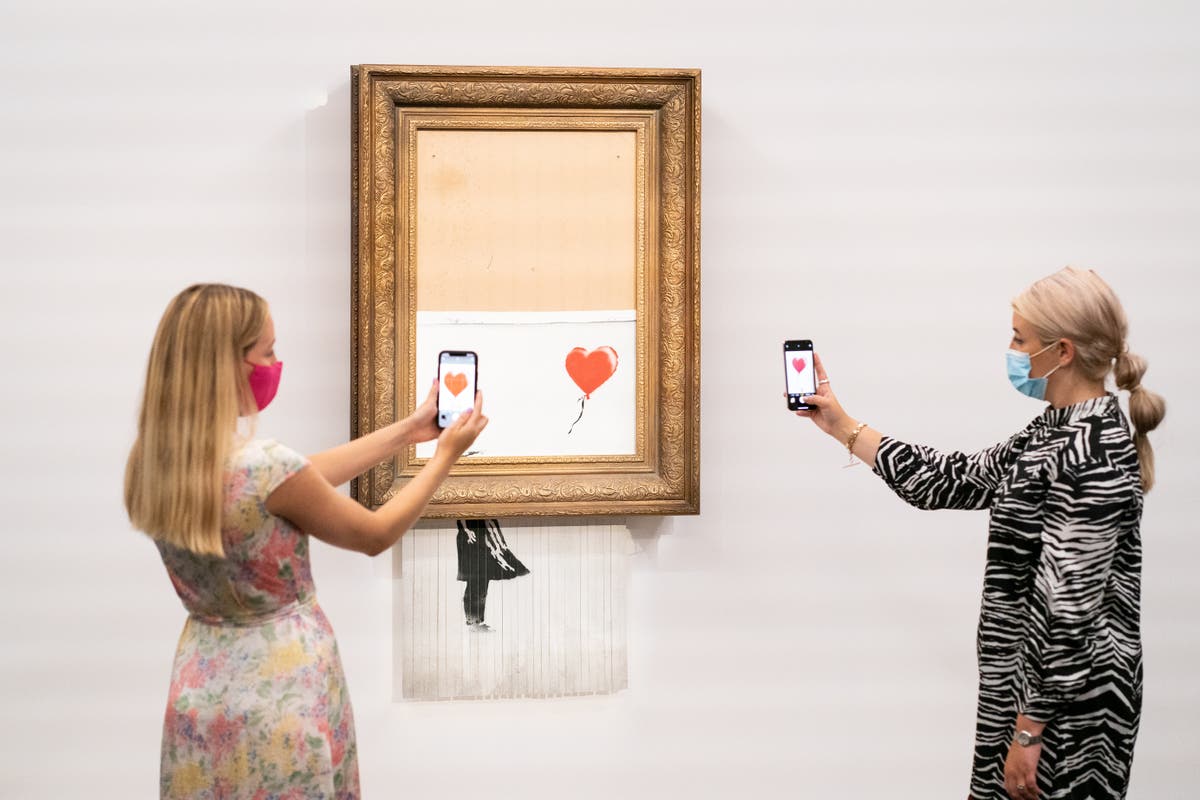 work by Banksy that sensationally self-shredded just after it was sold for £1.1million has resold three years later for £18.6million, a record for the artist at auction.

Fierce bidding at Sotheby’s in central London drove the price for “Love is in the Bin” way beyond the seven-figure sum paid for it in 2018 and pre auction estimates when it went under the hammer on Thursday.

The work, which experts had given a pre-sale estimate of between £4m-£6m, consists of a half-shredded canvas in an ornate frame bearing a spray-painted image of a girl reaching for a heart-shaped red balloon.

Sotheby’s said the work created was “the ultimate Banksy artwork.”

“I can’t tell you how terrified I am to bring down this hammer,” joked Sotheby’s auctioneer Oliver Barker after 10 minutes of bidding.

Sotheby’s said the work fitted into an illustrious history of anti-art including Marcel Duchamp’s anonymous submission of Fountain, a porcelain urinal remounted on a pedestal in 1917, to Ai Weiwei, who photographed himself intentionally dropping an alleged Han Dynasty urn.

“When Girl with Balloon ‘self-destructed’ in our saleroom, Banksy sparked a global sensation that has since become a cultural phenomenon,” said Alex Branczik, Sotheby’s chairman of modern and contemporary art.

“During that memorable night, Banksy did not so much destroy an artwork by shredding it, but instead created one. Today this piece is considered heir to a venerated legacy of anti-establishment art.”

The mysterious street artist, who has never confirmed his full identity, began his career spray-painting buildings in Bristol and has become one of the world’s best-known artists.

His mischievous and often satirical images include two male police officers kissing, armed riot police with yellow smiley faces and a chimpanzee with a sign bearing the words, “Laugh now, but one day I’ll be in charge.”