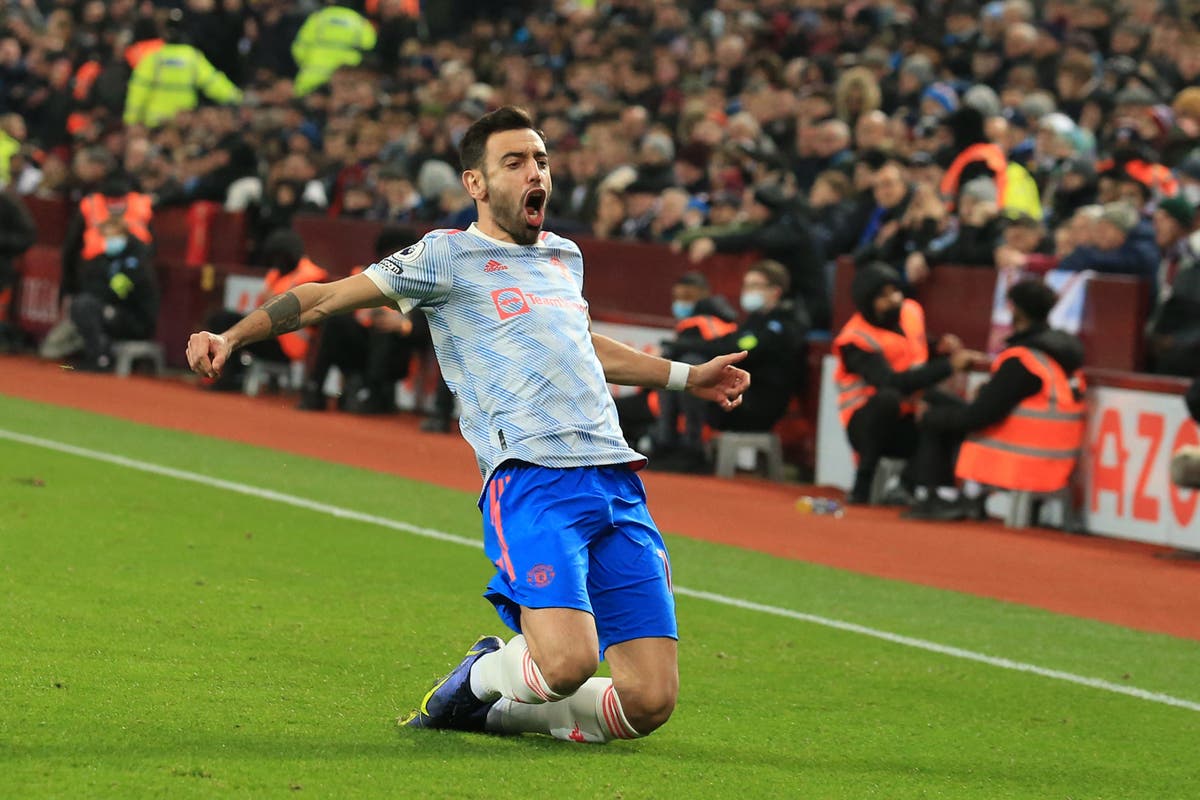 Rangnick on facing Villa twice in a week

Follow for live updates as Manchester United travel to Aston Villa in the Premier League tonight. It’s a revenge mission for Steven Gerrard‘s side as they take on United in for the second time this week. The two teams played one another on Monday in the third round of the FA Cup where Ralf Rangnick’s side knocked Villa out thanks to an early Scott McTominay strike.

Villa could be boosted by the availability of their two big January signings. Philippe Coutinho is expected to start from the bench following his arrival on loan from Barcelona, while Lucas Digne is also in contention two days on from his move from Everton. Gerrard has said he doesn’t want to rush them as he looks for Villa to avenge their FA Cup defeat.

“The only frustration I had the other night is we didn’t progress in the FA Cup, which is important to us,” Gerrard said. “The only way to get the feeling and the mood back that I want is to get a big result tomorrow. It’s a unique situation, playing the same team twice in a short space of time, but it’s also a fantastic opportunity to bounce back. If we can find a similar level of performance, be a little bit more ruthless in the final third and the big calls on the night go in our favour, I’ve got no doubt we can get the result we want.”

Follow all the updates from Aston Villa vs Manchester United below:

15 mins: Lucas Digne makes a run down the left wing and tries to collect a chipped pass from Tyrone Mings but he’s quickly put under pressure from Victor Lindelof and can’t keep the ball in play.

One of the big differences for United today is their energy levels. They’re playing at pace, passing quickly and closing down the ball well.

12 mins: Chance! Manchester United come close to a second as Fred flicks the ball into the left side of the box. Cash is rooted to the spot and Elanga leaps over him to win the ball in the air. He gets a good connection on the ball but fires it into the wrong side of the netting.

9 mins: This has already been a different performance from Manchester United. Alex Telles and Anthony Elanga look really sharp on the left wing and Bruno Fernandes will gain lots of confidence from the goal.

Morgan Sanson tricks his way between Fernandes and Elanga before driving towards the box. He’s closed down by Telles who leaves the ball for Raphael Varane and the centre-back completes the clearance.

6 mins: United are in front! Telles is brought down now deep in Villa’s half and United win another free kick in a dangerous area. Telles and Fernandes stand over the deadball, situated just wide of the box on the left. Telles gently rolls it to Fernandes who brings it inside and blasts one at goal. It flies through the cluster of bodies and bounces just in front of Emi Martinez.

This is a howler from the goalkeeper! The ball bounces up nicely and Martinez attempts to collect the ball into his chest. He drops it and the ball bounces through his legs and crosses the line!

4 mins: Fernandes delivers consecutive corners into the Aston Villa box but neither really trouble the home side. Elanga is given the ball on the left wing and draws Cash into a making a foul. Telles curls the resultant free kick into the six-yard box but Ollie Watkins pops up at the near post to deal with the cross.

3 mins: Good defending from Ezri Konsa. Alex Telles chips the ball into the box as Anthony Elanga makes a run in behind Matty Cash. Konsa comes across, beats Elanga to the ball and heads it behind for a corner.

Kick off: Manchester United get the game underway with Bruno Fernandes kicking it back to Nemanja Matic. It’s quickly worked over to the right wing where Diogo Dalot runs the ball out of play.

There’s a good atmosphere inside Villa Park. Philippe Coutinho stayed out after the warm-ups to wave to the fans and get them in the zone. Bruno Fernandes captains Manchester United today and leads out the visitors. They need to put in a good performance tonight but Aston Villa will be difficult to beat.

Having edged past Aston Villa 1-0 in the FA Cup third round on Monday, the sides will go toe-to-toe once again in the Premier League on Saturday evening.

United enter the weekend seventh in the standings after things unravelled following a positive summer in which Jadon Sancho, Raphael Varane and Ronaldo arrived.

Will we see Philippe Coutinho today?

Coutinho was directly involved in 77 goals in 152 Premier League matches for Liverpool between 2013-17, scoring 41 and setting up 36.

He scored on his most recent competitive appearance against Manchester United, in Barcelona’s 3-0 Champions League quarter-final home victory in April 2019.