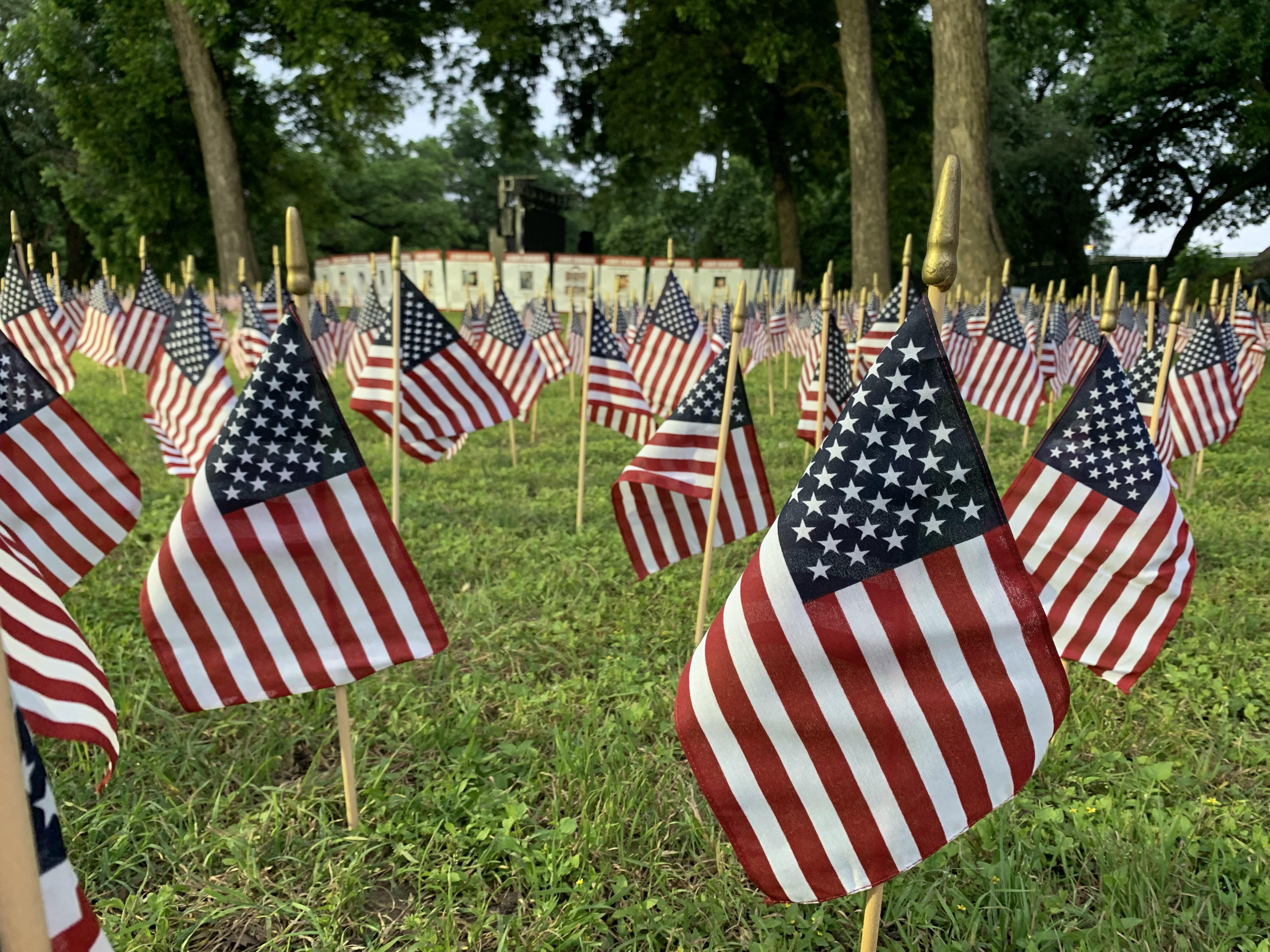 The annual Carry the Load Memorial Day march has been ongoing throughout the month, culminating in a meaningful, two-day event at Reverchon Park in Dallas.

Carry The Load is a nonprofit organization that provides an active way to connect Americans to the sacrifices made daily by the military, veterans, first responders and their families.

Over the years, thousands of people march in the name of a fallen hero. These families and loved ones literally “carry the load” of those gone before them.

The marchers carry posters with the names of fallen service members and walk the entire Memorial Day weekend. But several relays also make up a huge component of the event, with people walking thousands of miles across the country to endpoints in North Texas, which happens to be the birthplace of the memorial march.

People are invited to attend Monday’s events at Reverchon Park to walk, see hundreds of storyboards set up throughout the park, and take part in the closing ceremony, a story board procession and other tributes.

Carry the Load began in 2011 in Dallas, with a memorial march around White Rock Lake. It started as a grassroots effort by two Veteran U.S. Navy SEALs — Stephen Holley and Clint Bruce — who said they felt like the nation had forgotten the meaning of Memorial Day. Click the video player to watch a live interview with Holley.

Now on the event’s 10th anniversary, Carry the Load has transformed into a worldwide movement to honor our nation’s heroes and make Memorial Day matter again.

The 2021 event is also getting back to the way it always has over the years. Last year, Carry the Load was mostly virtual with a drive-thru experience due to the height of the pandemic.

Clint Bruce, a U.S. Marine veteran from Dallas, joins NBC 5 to explain why he has spent the past 10 years serving with the Carry the Load nonprofit and the importance of telling the stories of servicemembers who have given the ultimate sacrifice.

The two-day Dallas Memorial March continues to be Carry The Load’s flagship event.

It’s also the culmination of Memorial May fundraising to benefit their Continuum of Care partners. Of the $28.6 million raised since 2011, 93% goes toward Carry The Load’s three programs: awareness, education, and Continuum of Care. These programs raise much-needed awareness and funds to assist with the many issues facing the military, veterans, first responders and their families.

Everyone is invited to Reverchon Park in Dallas to take a walk, read hundreds of storyboards with the image and story of fallen heroes set up throughout the trails and take part in ceremonies to pay respect on this Memorial Day.

They are also encouraging everyone to do something meaningful on Memorial Day, even if it is simply stopping for the moment of remembrance at 3 p.m. local time to remember those who gave the ultimate sacrifice for our freedom.

To learn more about Carry The Load and contribute to the cause, click here.