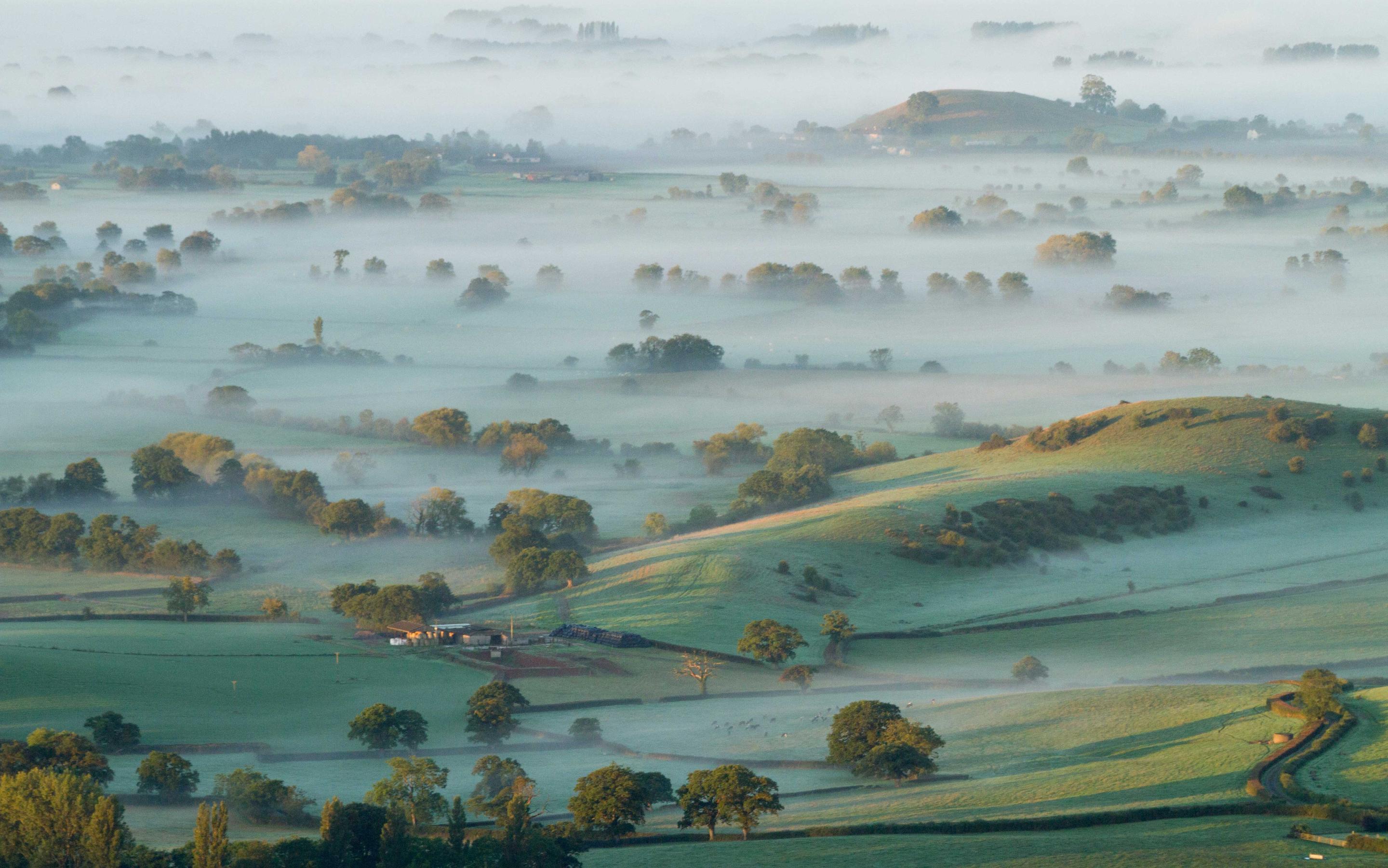 Uncover some of England’s most famous legends by heading to Glastonbury and the mystical Vale of Avalon. Fabled to be where King Arthur was buried and where Joseph of Arimathea hid the Holy Grail, it’s a 20-minute drive away. Park at Draper and Co, Chilkwell Street, then seek out the cloaked trustees of the Chalice Well, further along. They can grant you entrance to the peaceful garden and candlelit cavern containing the sacred red and white springs (Wellhouse Lane).

Climb the nearby steps to Glastonbury Tor. Topped by 14th-century St Michael’s Tower, it offers extensive views across the Somerset Levels, where fertile fields are crisscrossed by cattle droves and ancient rhynes (drainage channels).

Then, delve deeper into Glastonbury’s history at its ruined abbey (Magdalene Street; 01458 832267) which contains the alleged resting place of Arthur.

Between October and March (but best in December and January) the marshes around the Tor bear witness to spectacular starling murmurations, when thousands of birds swoop in cloud formations above roosting sites at Ham Wall or Shapwick Heath. The area gets busy but catch them if you can just before sunset. Spring and summer are the perfect time to explore the Levels by bike. The Bittern Trail, for example, is a circular route that links the birdlife at Avalon Marshes with Glastonbury.