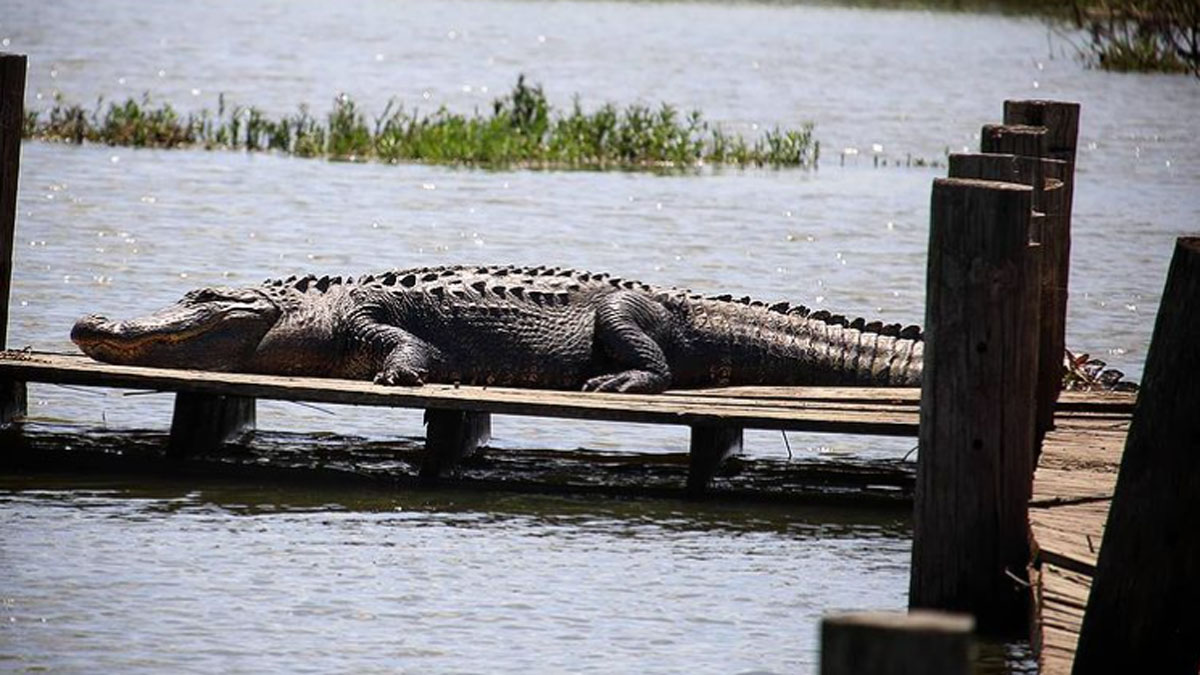 A group of alligators took advantage of the rare break in the rain on Saturday.

Martin and York said they hike the preserve often and had heard alligators roamed the area but this was the first time they’d ever spotted one — much less three.

Martin said he believed the larger alligator was at least 8-10 feet long, while the smaller two were around 4-5 feet long.

“It was quite an experience,” Martin said. “We tried to get closer but it was flooded too bad.”

The photographers said the gators were spotted on the north end of Lake Worth and the West Fork of the Trinity River.

Martin said they watched the alligators for a while and the group didn’t seem to mind being photographed — from a distance.