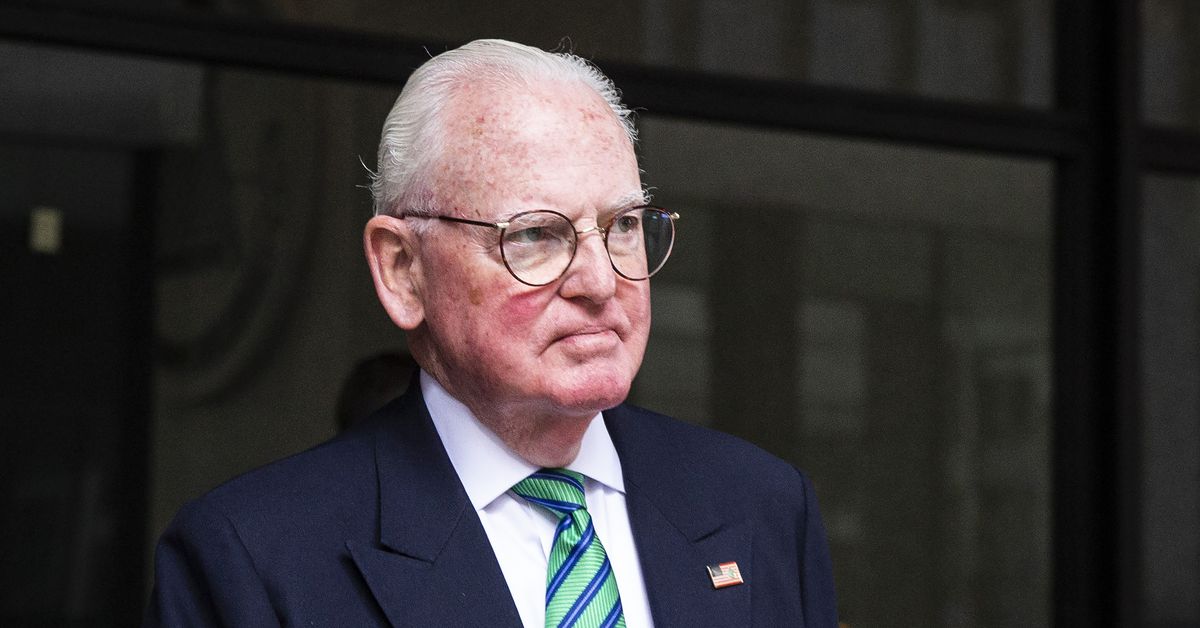 Federal prosecutors made public Friday the 160-page FBI affidavit behind the stunning 2018 raid of Ald. Edward M. Burke’s (14th) offices, confirming they have video of Burke in City Hall as he allegedly sought to leverage his office to benefit his private tax law firm.

The document, long kept under seal, pulls back the curtain even further on the prosecution that roiled Chicago three years ago but has yet to come to a conclusion. U.S. District Judge Robert Dow is gearing up to hear oral arguments on hundreds of pages of motions Feb. 8.

Charged along with Burke are political aide Peter Andrews and developer Charles Cui.

The FBI affidavit is full of colorful quotes from Burke, who refers to himself as a “dinosaur” for using AOL email, quotes Jack Webb, the star of “Dragnet,” and promises then-Ald. Danny Solis (25th) “you and I are not gonna … get in trouble over this … at this stage in the game.”

“I am a believer that if you’re making money, that you should share the wealth,” Burke allegedly said. “So you and I’ll never have … we’ll just figure out a way that’s gonna be above board, legal, etc.”

Still, several details about the case have already been filled in over the years, including by the pretrial motions being considered by Dow. The latest document is also peppered with redactions, including nearly an entire page that begins with the sentence, “The FBI has been conducting an investigation of public corruption in the Chicago area.” It then references a Chicago alderman.

The Chicago Sun-Times first reported that Solis had recorded Burke for years, helping the feds build their case against the city’s longest-serving alderman. Solis did so following an investigation into his own activities, also first reported by the Sun-Times.

Burke’s legal team did not respond to a request for comment Friday.

The charges against Burke allege he used his seat on the City Council to steer business toward his private law firm amid schemes that involved the Old Post Office, a Burger King at 41st and Pulaski Road, and a redevelopment project on the Northwest Side.

The FBI affidavit shows the feds sought not only to search Burke’s ward offices in 2018, they also sought permission to use Burke’s fingers to unlock his cell phone.

It specifically identifies a Jan. 18, 2018 meeting between Burke and Solis in Burke’s City Hall office, cited in Burke’s indictment, as having been audio and video recorded. The pair were discussing the renovation of the Old Main Post Office, and Burke allegedly complained that he was not “happy” about the lack of work received by his law firm.

“And if, ifs and buts were candy and nuts, then every day would be Christmas,” Burke allegedly said.

Making reference to an earlier meeting on Sept. 26, 2016 — also mentioned in Burke’s indictment — the document suggests another video recording in the City Hall offices. It states, “the recording of the meeting shows that Burke then pulled out a pen” and later “shows that Burke, who had a pen in his hand, pointed the pen at papers on his desk.”

Finally, the document describes a meeting between Burke and Solis in Burke’s City Hall offices that took place Nov. 9, 2018 — 20 days before Burke’s offices were raided. It said Burke and Solis discussed running for re-election. It also says law enforcement directed Solis to tell Burke he planned to run for re-election but would serve just two years of his four-year term.

“I’ll do two years and that’s about it,” Solis allegedly said. “I mean, I don’t know what to do. I don’t know who’s going to [be] mayor or whatever, but, ah, I’m thinking about my future.”

Solis then went on to talk about a developer from his ward, whose identity was redacted. Later, he asked Burke, “How about you?”

As the meeting ended, Burke allegedly told Solis, “We come from … the old school.”