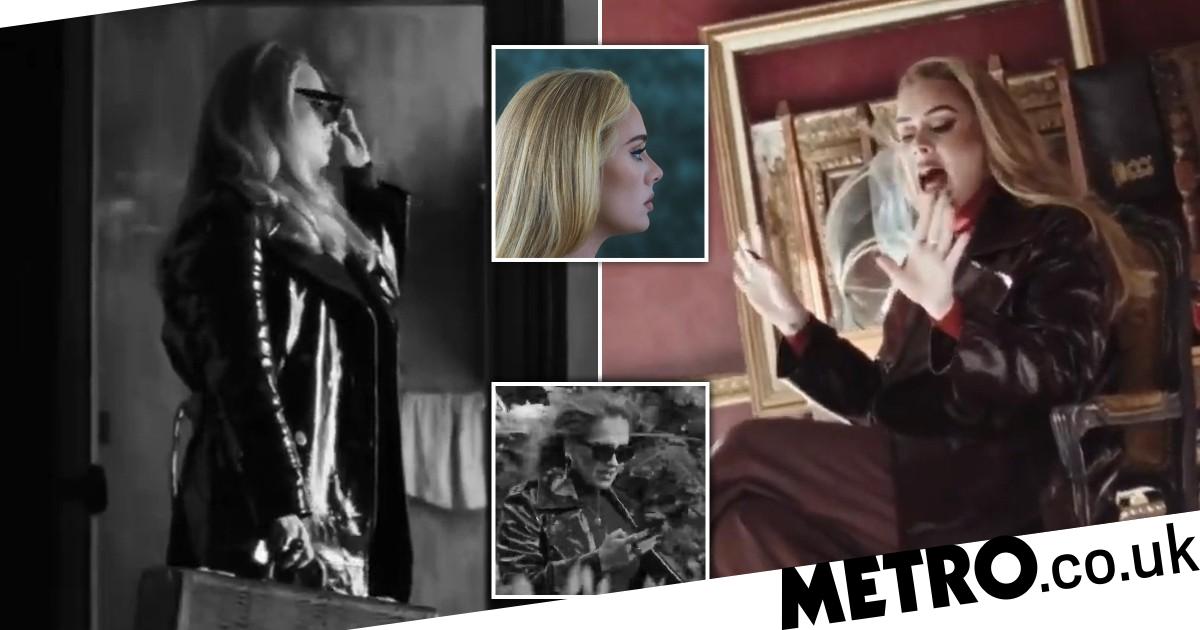 Adele has finally released her anticipated new song, Easy On Me, after a six-year hiatus.

The Grammy-winning singer officially made her musical comeback on Friday with the ballad hitting streaming services at the stroke of midnight.

The track will lead Adele’s upcoming fourth studio album, 30, which is set for release on November 26.

The black and white visuals for the piano-led Easy On Me open with her picking up a suitcase and leaving an empty house, off to start a new life post-divorce.

She then hops in her car and inserts a cassette tape – erm, loving the vintage vibes – before her familiar vocals ring out. By the time the second chorus comes around, the visuals switch to colour, symbolising Adele rediscovering her passion again and beginning the next chapter.

Lyrics include: ‘Go Easy On Me baby, I was still a child, didnt get the chacne to feel the world around me / I had no time to choose what I chose to do, so go easy on me.’

The 33-year-old recently explained how the album became her ‘friend’ as she wrote it in the wake of her marriage split and divorce from husband Simon Konecki in 2019. They share nine-year-old son Angelo.