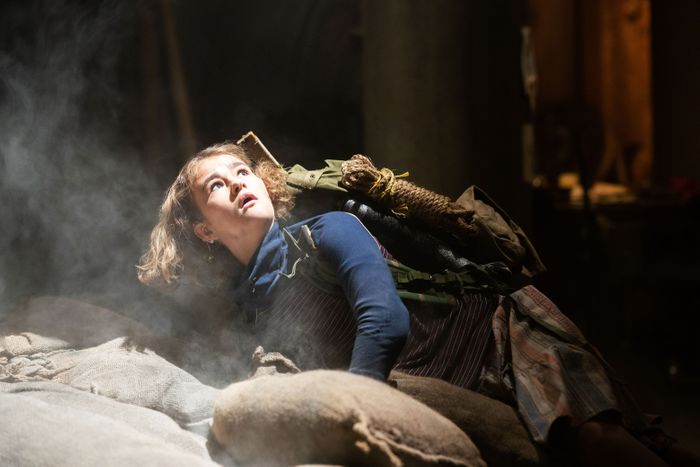 A Quiet Place Part II loudly proclaimed that nature is healing — at least when it comes to box-office tallies. Over Memorial Day weekend, the sequel to director John Krasinski’s surprise 2018 horror hit thundered to an estimated $57 million in 3,726 theaters, the widest opening and biggest new-release bow since the onset of the COVID-19 era. For perspective, that four-day run nearly matches the entire theatrical haul of Christopher Nolan’s Tenet, and was more or less in keeping with what AQP2 was projected to have earned at the multiplex before the pandemic.

Paramount, the PG-13 horror-thriller’s distributor, yanked the $61 million title from its release calendar back in March 2020, just days after holding a splashy Lincoln Center premiere in New York City and having already spent a reported 60 percent of its print-and-advertising budget. From there, the studio hopscotched the release date two more times while selling off a raft of other titles, including Coming 2 America, The Trial of the Chicago 7, and Borat Subsequent Moviefilm to streaming services. Krasinski, for his part, took to social media to explain the choice to theatrically hold AQP2 until audiences “can see it together.”

“This is definitely the start that Paramount needed,” says Jeff Bock, senior media analyst for Exhibitor Relations Co. “This is the start the industry needed. This is a start that theatrical [moviegoing] desperately needed. That’s what summer is going to be about. And it’s saving the theatrical experience as we know it.

Arriving on the heels of Godzilla vs. Kong’s $48 million box-office take in early April — until now, the most serious indicator of renewed theatrical moviegoing gusto to date — AQP2 unofficially kicked off the summer release corridor and marked the biggest domestic opening for a film not concurrently released on a streaming platform in the COVID-19 era. (The film is set to arrive on the Paramount+ subscription service after an exclusive 45-day run in theaters.) Its weekend total came in nearly $20 million higher than even some of the more optimistic prerelease “tracking” estimates amid competition from a handful of other titles released this month, including the live-action Disney prequel Cruella (which took in $26.5 million at the box office, debuting concurrently on Disney+ at a cost of $29.99 for subscribers) and, earlier in May, the Chris Rock–fronted Saw franchise spinoff, Spiral ($27.5 million).

The first A Quiet Place roared into consciousness on word-of-mouth buzz out of the SXSW Film Festival and went on to earn over $340 million on a reported $17 million budget. The kind of blockbuster almost nobody was expecting, it established Krasinski — the erstwhile “Jim from The Office” — as a serious filmmaker and minted AQP as high-prospect intellectual property for Paramount. (Krasinski wrote and produced A Quiet Place Part II based on characters by original screenwriters Scott Beck and Bryan Woods and is set to produce a third installment for the studio.)

According to Bock, the movie’s sky-high audience awareness coupled with its relatively low price tag ideally suited A Quiet Place Part II to ease audiences back into multiplex auditoriums at a moment of cultural uncertainty: a kind of hedge. “This is exactly the type of film you want to have in theaters right now when the bedrock is so unstable,” the analyst says. “You want a moderately priced film that plays like an IP. And there’s not a lot of films out there like that. Usually in summer, you’re spending $100-to-$200 million on each film, and that’s where you get into trouble if you’re releasing those films in this marketplace. A Quiet Place Part II was a hotly anticipated sequel. And it’s the perfect film to launch in this marketplace.”