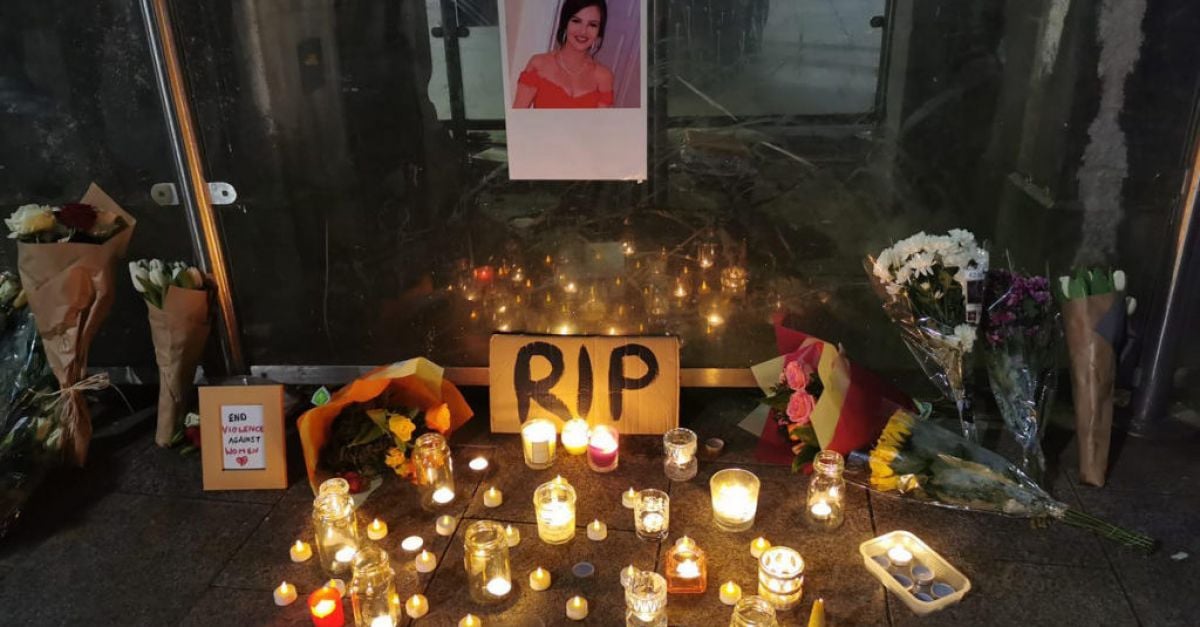 Hundreds of people gathered in Galway city centre on Thursday night for the first vigil held in memory of Ashling Murphy.

The 23-year-old primary school teacher was killed on Wednesday afternoon as she jogged along the banks of the Grand Canal at Cappincur in Co Offaly.

Further vigils are expected to take place at various locations across the island on Friday and Saturday.

At the vigil in Galway’s Eyre Square, which organisers said hundreds of people attended, several speakers addressed the crowd and a moment of silence was held. Musicians also played Irish traditional music in memory of Ms Murphy, a talented musician.

Roisin Nic Lochlainn, the president of NUI Galway Students’ Union and one of the organisers of the vigil, said that they wanted to send a “message of solidarity”.

“I think women across the country today are just feeling all of the emotions.

“It’s a mix of rage and sadness and anger and despair as well,” she said.

“We know that Ashling would have taken that precaution to go in daytime and in a busy place. We know that because it’s what almost every single woman does.”

The murder of the 23-year-old teacher has triggered widespread outpourings of grief and anger, with vigils planned in towns and cities across Ireland over the coming days.

The National Women’s Council of Ireland has highlighted further vigils that will be held in Offaly, Dublin, Limerick, Louth, Cork, Tipperary, Carlow, Waterford, Belfast and Derry.

Gardaí investigating the fatal assault are appealing for information on a mountain bike as they continue to question a man in his 40s who is currently detained at Tullamore Garda station.

In the wake of the killing of the young schoolteacher, the Taoiseach has said violence against women will not be tolerated in Ireland.

“The entire country is devastated and shocked by the violent and barbaric killing of Ashling Murphy, a young woman in the prime of her life,” Micheál Martin said.

Gardaí have said that “no stone will be left unturned” as they investigate the killing of the young woman as she jogged along a canal.

Superintendent Eamonn Curley told reporters on Thursday morning that around 50 officers were working on the murder investigation, as he appealed for witnesses to come forward.

He said that gardaí did not believe Ms Murphy knew her killer and said that he was likely a “male who acted alone”.

Tullamore locals have spoken of a sense of devastation, as well as confusion about the “randomness” of the attack. The scene remains closed off at the Grand Canal as the investigation continues.

Those who knew Ms Murphy have described her as a gifted musician who was loved by the children she taught.

Floral tributes were left outside the school gates of Durrow National School, where Ms Murphy taught first class students, as the local community reeled in the wake of the attack.

Dr Labhras O Murchu, from traditional music organisation Comhaltas, said Ms Murphy was “among the finest exponents of the concertina and fiddle and was also learning the uilleann pipes”, adding: “We know that she and her family are at the heart of her local community.

“She was a much-loved school teacher and had so much to offer in so many ways.”