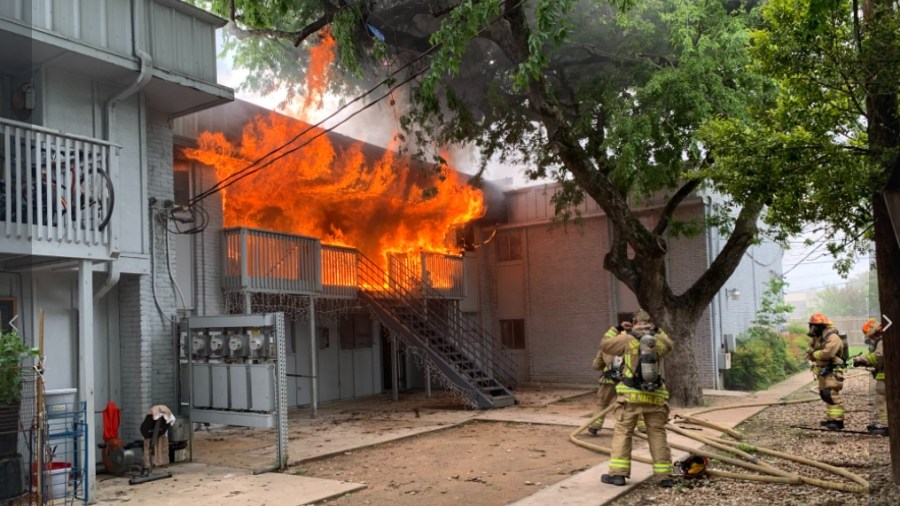 AUSTIN (KXAN) — Investigators at the Austin Fire Department are working to determine what caused a fire Monday that displaced six people at an apartment complex in central Austin.

Firefighters responded just before 1:15 p.m. to 1820 Wooten Park, which is near the intersection of W. Anderson Lane and Burnet Road.

The fire department reported it only took crews 10 minutes after they received the initial call to put out the fire. There were no injuries.

Firefighters said the fire caused $200,000 worth of damage.