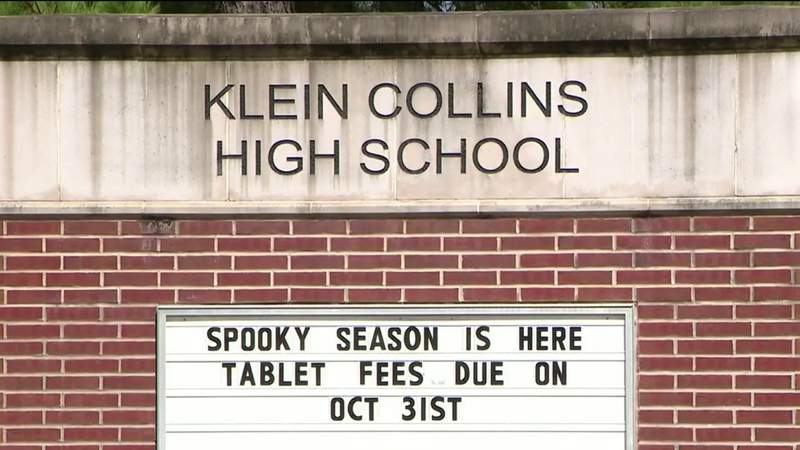 Here are things to know for Thursday, Oct. 14:

1. 6-year-old girl hit, killed by vehicle after getting off school bus in NW Houston, HPD says

A 6-year-old girl is dead after she was hit by a vehicle shortly after getting off a school bus in northwest Houston, police say.

Houston police responded to reports of an auto-ped at 9601 W. Montgomery Road around 4:50 p.m.

Police said the 6-year-old girl was dropped off by her school bus, and while she was crossing the street to go to her apartment complex, she was hit by a Chevy Silverado.

The child was transported to the hospital where she later died, police confirmed.

The trial of William George Davis, 37, of Hallsvillle, later recessed till Monday due to the unavailability of other witnesses, the Tyler Morning Telegraph reported. Prosecutors had rested their case Wednesday morning after 11 days of presenting evidence and expert testimony.

Davis is accused of injecting air into the brains of four patients after heart surgery at the Christus Trinity Mother Frances Hospital in Tyler in 2017 and 2018. During recovery from their surgeries, the four — John Lafferty, Ronald Clark, Christopher Greenway and Joseph Kalina — all suffered unexplained neurological events and died.

A kindergarten teacher at Tamarron Elementary School was arrested and charged with indecency with a child.

The felony charge against Troi Phillip Moore, 45, stems from an alleged inappropriate interaction between Moore and a Tamarron Elementary student, Lamar Consolidated Independent School District wrote in a statement to parents Tuesday.

The district said it received a report of alleged inappropriate conduct Monday and suspended Moore the same day.

“To learn that a teacher, entrusted with the safety and well-being of children, may have been involved in any sort of inappropriate conduct is very troubling,” the school district said in the statement. “Lamar CISD condemns any actions by an adult which endangers the mental or physical health of a child.”

Lamar CISD police opened an investigation into the allegation Monday. The findings of the investigation resulted in the arrest of Moore the following day, the school district said.

4. Klein ISD teacher resigns after accusations he made racist, homophobic comments towards students

A Klein Independent School District teacher has resigned after he was allegedly caught on tape making racial and homophobic comments with students in his class.

During a news conference Wednesday, activist Quanell X, along with Klein ISD parents, said the district did not take action to respond to a video recording, which contained racist and homophobic comments from a Klein Collins High School theater arts teacher a week before it was surfaced.

Quanell X said the words “serve as offensive and disrespect” to Blacks, Hispanics and Indigenous people.

“Mr. G., your words are an insult to every Black student, Latino student and Indigenous people,” he said. “You attempted to intimidate these students by saying things that are outright disrespectful.”

The video reportedly showed the teacher making a racial slur with his students, followed by a rant on U.S. history, Quanell X said.

5. Governor Abbott announces over $308M in funding for public safety initiatives in Texas

Governor Greg Abbott announced Wednesday that his Public Safety Office (PSO) will administer more than $308 million in grant funding for a variety of public safety programs and services in Texas, including victims’ services, anti-human trafficking efforts, and law enforcement support.

“Nothing is more important than the safety and security of our communities, and the State of Texas continues to bolster programs and services that help keep Texans safe,” said Abbott. “This $308 million in grant funding for public safety initiatives will provide even more support to organizations and agencies that work tirelessly to protect our communities, advocate for victims of crime, secure justice, and more.”