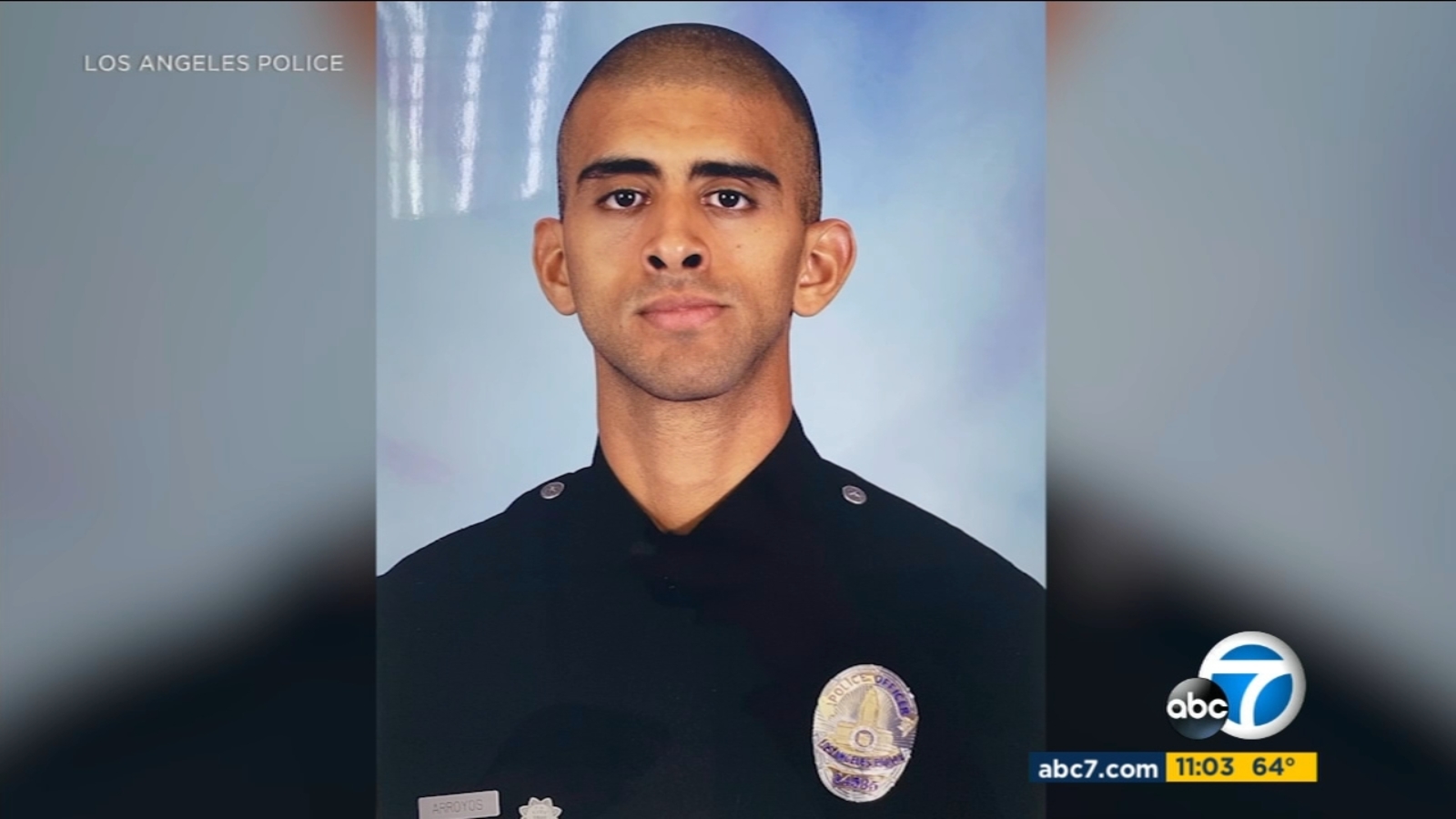 SOUTH LOS ANGELES (KABC) — Four people have been arrested in connection with the killing of an off-duty Los Angeles Police Department officer who was shot while house-hunting in South L.A. with his girlfriend, authorities announced Wednesday.

Los Angeles County Sheriff Alex Villanueva announced the arrests during a livestream of his weekly informational update. He did not disclose the suspects’ names or additional details about the investigation.

The Sheriff’s Department had previously said that three men and two women were detained in the Florence area of South L.A. on Tuesday afternoon in connection with the fatal shooting of 27-year-old Fernando Arroyos.

Arroyos, who was a 3-year veteran of LAPD assigned to Olympic Division, was shot near 87th and Beach streets Monday night. Investigators say a black pickup truck approached him and three suspects got out.

Some type of argument ensued before an exchange of gunfire, in which Arroyos was struck. Officials said he was house hunting with his girlfriend at the time of the shooting.

The sheriff’s department says no one has been charged with the murder of Arroyos and the names of the five people detained are not being released at this time.
Early Tuesday morning, a procession escorted Arroyos’ body from the hospital to the coroner’s office.
“We mourn the loss of one of our officers who was shot & killed in an armed robbery attempt. The officer was off-duty. We pray for the officer’s family, and their fellow officers, during this time of pain and sorrow,” the Los Angeles Police Protective League tweeted just after midnight Tuesday.

An only child, Arroyos’ coworkers say he had two dreams in life. His first was to be the first person in his family to go to college. He accomplished that by graduating from UC Berkeley with honors.

His second dream was to become an LAPD officer.

Eddie Martinez, a friend who grew up with Arroyos, said the slain policeman was “just a good kid, super straight-edge, always hard-working, really, in school.”
Arroyos “definitely wanted the best for his family,” Martinez said.

DEVELOPING: More details will be added to this report as they become available.