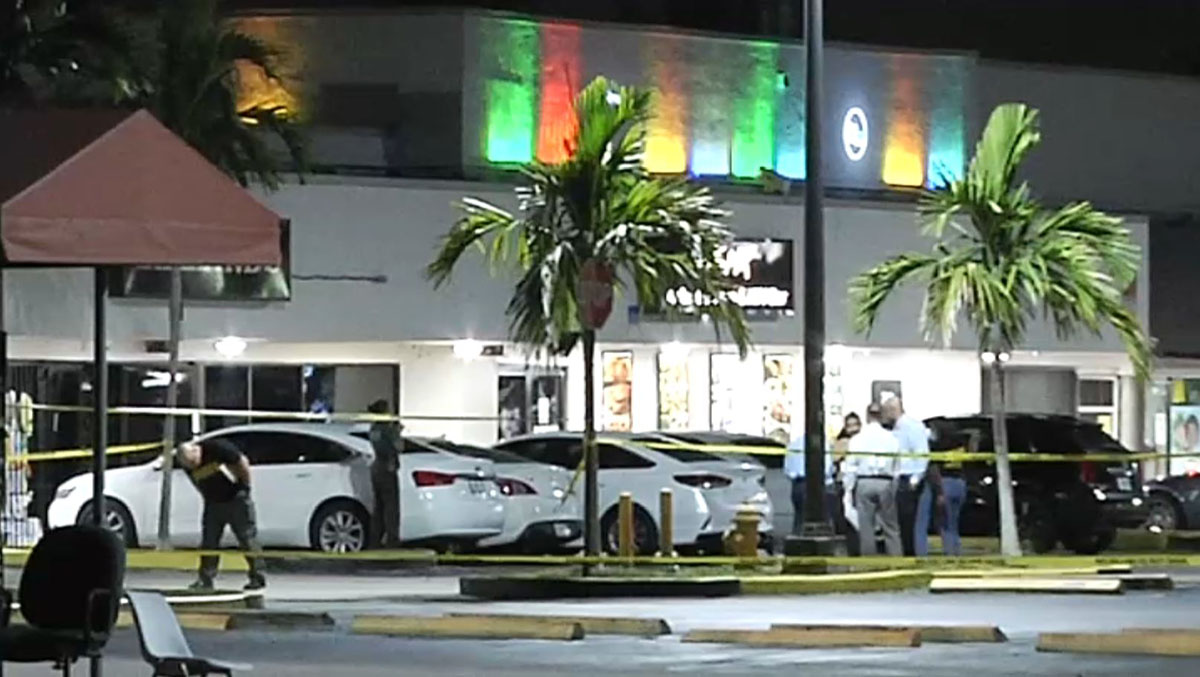 Two people were killed and more than 20 people were injured in what police called a “targeted and cowardly act” early Sunday morning outside a Miami Gardens concert hall.

Miami-Dade Police Department Director Freddy Ramirez said as many as eight people were transported to hospitals in both Miami-Dade and Broward counties while 12 others drove themselves to the hospital.

The shooting took place outside the club after it had been rented for a concert, Ramirez said.

Ramirez said it appeared to be a targeted attack, with individuals standing outside after the concert ended when three shooters drove up in a white Nissan Pathfinder and began shooting into the crowd with assault rifles and hand guns.

No arrests have been made at this time.

Anyone with information is asked to call Miami-Dade Police or Miami-Dade Crime Stoppers at 305-471-TIPS.