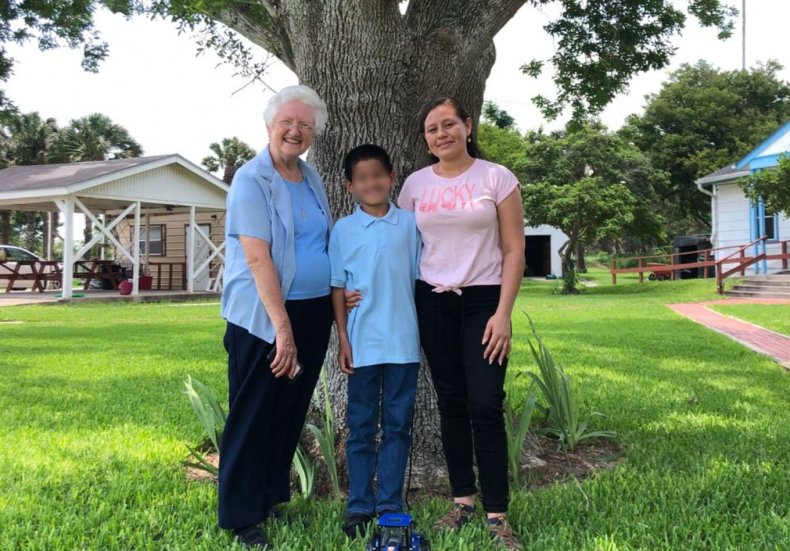 After an abandoned 10-year-old boy went viral when he was caught on video asking a border agent for help, he and his mother have been successfully reunited.

According to a Facebook post from La Posada Providencia, a Texas emergency shelter for immigrants fleeing to the United States, the 10-year-old boy, known only as Wilto, was reunited with his mother Meylin on Friday after spending about eight weeks apart.

“Prayers answered! All of us at La Posada Providencia … waited eagerly as Meylin and her son Wilto, [who] were reunited today at La Posada,” the organization wrote on Facebook. “After nearly two months of separation, we are so happy that they are together again, and wish them well on their resettlement journey.”

Wilto initially went viral back in early April, when a U.S. Custom and Border Protection (CBP) agent found the boy, who said he was abandoned by a larger group after crossing with them from Mexico into the U.S.

According to the translation provided in the video, Wilto asked the agent for help after discovering his group apparently left him alone overnight.

“I was with a group to turn myself in to you, and they left me behind and I came to look for help,” he says. “I came looking because I didn’t know where to go and they can also kidnap me.”

According to a report from Univision, Wilto, who is originally from Nicaragua, was seemingly abandoned in a Texas desert known for its rattlesnake and wild animal population.

“Scenes like these are all too common, as smugglers continue to abandon children in desolate areas, with zero regard for their well-being,” the CBP said in its statement at the time.

Head of the Texas Border Patrol sector Gloria Chávez also discouraged migrant parents from performing similar actions in a statement to Univision: “To all the parents who are considering sending their unaccompanied children to the border, please reconsider that act because it is very dangerous to expose children.”

According to Border Report, Misael Obregon, who says he is Meylin’s bother and Wilto’s uncle, alleged on his YouTube page that the pair fled to America because Wilto’s father was “physically and emotionally abusive.”

Newsweek was unable to verify the claims made on Obregon’s YouTube channel. Newsweek also reached out to La Posada Providencia and the CBP for additional comment, but neither replied in time for publication.